Biden's Social Spending Bill Could Face Challenges, Changes in the Senate due to Budget Rules 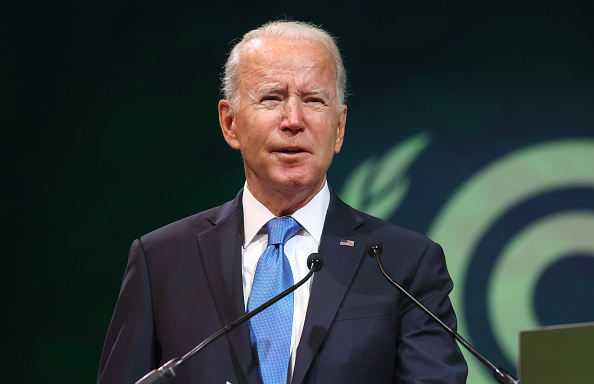 (Photo : Chris Jackson/Getty Images)
US President Joe Biden speaks during an Action on Forests and Land Use event on day three of COP26.

Despite the fact that House Democrats have spent days agonizing over how to reach an agreement that could win over nearly all of their members, the bill has been postponed until at least mid-November as moderates push for an analysis, Senate Democrats have warned that it will change once it reaches their chamber, as per The Hill.

The Social Spending Bill faces other obstacles in the Senate, including a smaller majority, complicated rules dictating what may be included in the legislation, and a chaotic process that allows Republicans to peel off enough Democrats to amend or kill the bill.

When asked about the path on the spending bill in the Senate, Sen. Jon Tester (D-Mont.) said that there is going to be a lot of work to be done to unify the Democrats to vote for the Social Spending Bill. There are Democratic lawmakers who want to slim down the budget of the bill, according to a published report in KNOWLEDIA.

Lawmakers Try To Iron Out the details of the Bill

To ease the bill's road to President Biden and calm concerned moderates, House and Democratic leadership have been working on ironing out the issues before it passes the House and spreads across the Capitol. Even though Congress is facing a December legislative backlog, any amendments made by the Senate would necessitate the bill to be enacted again by the House.

Key Senate Democrats, on the other hand, are making it plain that they are not committed to the House plan. Sen. Joe Manchin, a moderate, expressed "concerns" about the framework, and he also asserted that the measures inside the bill are not the one he was working with, according to a report published in NPR.

He also told reporters at the Capitol that he had "no idea" what was in the House legislation, which has been the subject of days of high-profile debate as Speaker Nancy Pelosi tried to iron out last-minute differences between moderates and progressives on issues such as immigration and prescription drug negotiations.

Different Stands of Democrats in House of Senate, Congress

After originally proposing a five-year suspension of the deduction maximum in the House, Democrats in both houses are adopting different approaches to adjustments to the state and local tax dedication. House Democrats have proposed raising the ceiling from $10,000 to $80,000 until 2030, after which it would revert to $10,000 in 2031.

Needless to say, the Senate may also reshuffle House Democrats' immigration and paid leave policies. Pelosi added a four-week paid leave plan to the measure after originally leaving it out of a White House framework, claiming that her decision was driven by requests she was hearing inside the caucus.