Klete Keller, a two-time Olympic gold winner, pled guilty to one felony charge on Wednesday after a video from the January 6 Capitol Riot was uploaded on Twitter earlier this year. 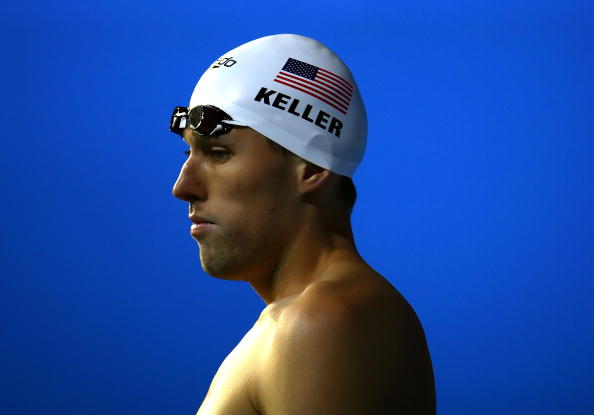 In a recently published article in Newsweek, Keller was originally charged with multiple criminal offenses, but those counts were dropped when he struck a plea agreement with prosecutors; instead, he pled guilty to a single charge of impeding an official process.

Keller has not yet been sentenced, but the charge is expected to result in a term of 21 to 27 months in jail. A judge is not obligated to accept the advice. In January, the former Olympian was charged with impeding law police, aggressive entrance, and disorderly behavior, and accessing a prohibited facility for the first time.

In February, new offenses were added to the list, including civil disorder, obstruction of an official process, accessing a restricted facility, disorderly behavior in a restricted building, and disorderly conduct in a Capitol building, according to a published article in Reuters.

A video from the incident shows the 38-year-old pushing police inside the U.S. Capitol as pro-Trump fans protested Joe Biden's presidential win while donning a Team USA jacket with an official Olympic patch. Keller and the audience were seen pushing Capitol Police as police attempted to reclaim the Rotunda at the 15-second mark in the video.

Keller's participation in the uprising was initially noticed by members of the swimming community in the days after the assault and was reported by the swimming website swimswam.com when Keller, a Colorado Springs local, was seen in news footage of the crowd storming the Capitol, according to a published article in The Washington Post.

Keller was charged in U.S. District Court in Denver on Jan. 13, only a week after the attack on the Capitol, and turned himself into police the following day. Keller was not seen in any aggressive acts in the recordings. A grand jury indicted him on seven charges on Feb. 10, with a potential penalty of almost 30 years. Keller originally pled not guilty, but in August, prosecutors said Keller had been given a plea bargain and had told Leon that he was willing to accept it.

Sports Record of the Former Olympian

Keller is most remembered for anchoring Team USA's gold-medal-winning 4x200-meter freestyle relay in Athens, which also included Michael Phelps in the leadoff leg, by out-touching Australian great Ian Thorpe in the next lane.

Keller swam at the University of Southern California and was a member of the United States Olympic swim teams in 2000, 2004, and 2008. Keller earned gold in the men's 4x200-meter freestyle relay at the 2004 Summer Games in Athens with teammates Micahel Phelps, Ryan Lochte, and Peter Vanderkaay.

The swimmer won gold in the same event in the 2008 Beijing Olympics after winning silver at the 2000 Sydney Games. Keller was a distance and middle-distance swimmer who won numerous Pac-12 and national titles.