A U.S. official said that the Biden administration has decided to withhold part of the $300 million in conditioned military assistance to Egypt due to human rights concerns. 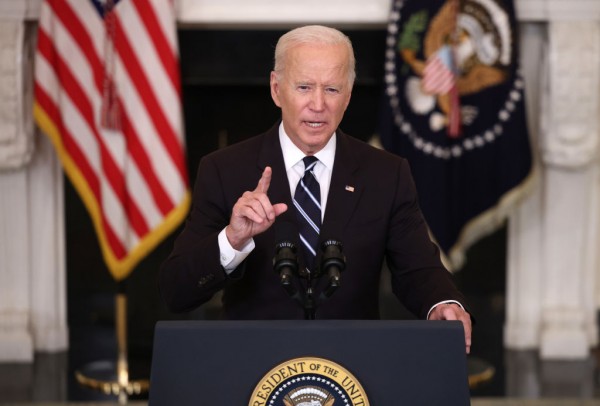 A Portion of $300 Will Be Withheld

In a recently published article in MSN News, Egypt receives $1.3 billion in military assistance each year from the United States. Congress has set up $300 million for human-rights-related problems. However, the Secretary of State has the authority to override those restrictions and allow the assistance to reach Cairo as what has been customary.

The administration intended to give Egypt $170 million of the $300 million and would withhold the remaining $130 million until the Egyptian government fulfilled specific human rights requirements, according to the US official. However, military aid can only be utilized in certain functions.

The $170 million, on the other hand, may only be spent for particular purposes, such as counterterrorism, border security, and nonproliferation; all of which are authorized under a specific section of the assistance laws, according to a report published in POLITICO.

In a recently published article in Yahoo News, the $130 million withheld was determined by the Biden administration due to specific restrictions imposed by laws governing the money. However, there are some calls from lawmakers to withhold the total amount of $300 million.

Several prominent Democratic legislators have urged the administration to follow through on this promise and withhold the full $300 million from Egypt. They point out that Sisi has imprisoned tens of thousands of individuals on political grounds, among other things.

Additionally, Senator Chris Murphy has been one of the most vocal supporters of Biden withholding the full $300 million. He recently informed a news source that he would not be happy with a compromise like the one made by the Biden administration.

Meanwhile, even when it comes to ally nations headed by tyrants like Egypt's Abdel Fattah Al-Sisi, President Joe Biden and his top diplomat, Richard Blinken, have said that they are dedicated to supporting human rights, according to a report published in Good Word News.

The U.S. Government Believes Sisi To Be Useful

Sisi has figured out how to be helpful to the US. This includes working together to combat terrorism and keeping a chilly peace with Israel. Egypt aided in the negotiation of a ceasefire between Israel and the Hamas terrorist organization in Gaza earlier this year.

In the Red Sea resort town of Sharm El-Sheikh, Sisi met with Israeli Prime Minister Naftali Bennett for discussions on Monday. It was the first public meeting between an Israeli leader and Egyptian leader in more than a decade; and it is sure to delight Washington, which is keen to see Israel's ties with its neighbors improve.

It was Netanyahu's first official visit to Egypt since 2010 when then-Egyptian President Hosni Mubarak held a meeting with Palestinian President Mahmoud Abbas and US President Barack Obama. Hillary Clinton is the Secretary of State. Egypt was shaken by a public revolt that ousted Mubarak less than a year later.