Despite continuing airstrikes from Yemen's Houthi rebels, the U.S. has withdrawn its most advanced missile defense system and Patriot batteries from Saudi Arabia in recent weeks. 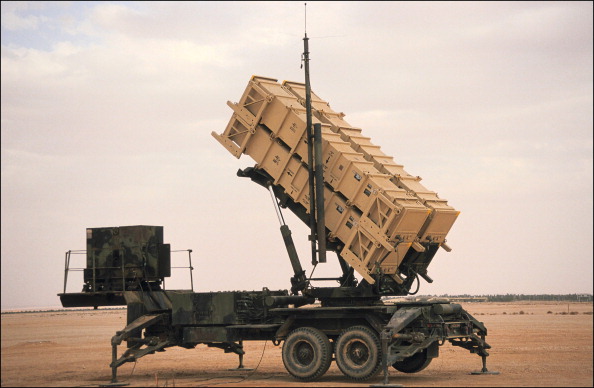 In a recently published article in MSN News, some of the batteries had been removed from the location, according to a satellite picture obtained by a news source in late August, but activity and vehicles could still be observed there. The batteries' pads at the location were vacant, with no apparent activity, according to a high-resolution Planet Lab satellite image obtained Friday.

The missiles were believed to be being redeployed for months, in part to prepare for what American officials view as a coming "great powers war" with China and Russia. The retreat, however, came as a Houthi drone assault on Saudi Arabia injured eight people and damaged a commercial aircraft at the kingdom's Abha airport.

Meanwhile, since a missile-and-drone attack on the kingdom's oil production hub in 2019, Prince Sultan Air Base, some 115 kilometers (70 miles) southeast of Riyadh, has housed thousands of U.S. soldiers. According to analysts and physical evidence left behind the attack, although being claimed by Yemen's Houthi rebels, seems to have been carried out by Iran, according to a report published in Bloomberg.

Prince Turki Al-Faisal said that Saudi Arabia wants the U.S. to demonstrate its commitment to the monarchy by keeping American military equipment in the country, according to a published report in CNBC. He was replying to a question on what the Middle East requires of the US after the Taliban's takeover of Afghanistan.

The prince, who formerly served as Saudi Arabia's intelligence director, also said that he needs assurances from the US to assist Saudi Arabia with its defense system. For him, the best way to demonstrate this is to keep Patriot missiles in Saudi Arabia at a time when missiles and drone strikes are targeting the country.

In a recently published article in POLITICO, Al-Faisal believes that the United States should seriously consider expressing support for the Middle East right now, particularly in light of the US's messy departure from Afghanistan and the continuing situation in Kabul.

After receiving inquiries from a news outlet, Pentagon spokesman John Kirby confirmed the relocation of some air defense assets. He said that the United States remained committed to its Middle-East partners on a "broad and deep" level.

Kirby said, "The Defense Department continues to maintain tens of thousands of forces and a robust force posture in the Middle East representing some of our most advanced air power and maritime capabilities, in support of U.S. national interests and our regional partnerships.

Saudi Defense Ministry Said they are Capable of Defending its Territories

Despite recognizing the removal of American missile defense systems, the Saudi Defense Ministry characterized the kingdom's relationship with the U.S. as strong, enduring, and historic. The Saudi military is capable of defending its lands, oceans, and skies, as well as safeguarding its people, according to the report.

Saudi Arabia retains its own Patriot missile batteries, firing two missiles against each oncoming target on average. During the Houthi assault, this has become a costly proposition, since each Patriot missile costs more than $3 million. The monarchy also claims to have intercepted almost all missiles and drones fired against it.