Who Will Get $3,600 in New Monthly Stimulus Checks in July? Here's What to Know

With the new monthly stimulus checks, working families should hope to earn up to $3,600 per child in 2021 as part of President Joe Biden's $1.9 trillion COVID-19 stimulus package, the same bill that has been granting most Americans $1,400 stimulus checks.

Half of that will be paid in cash, with monthly payments beginning this summer. It will be a different kind of stimulus check, assisting millions of parents with simple bills and debt repayment. The funds come from a one-time increase in the child tax credit (CTC).

New monthly stimulus checks for families will start in July 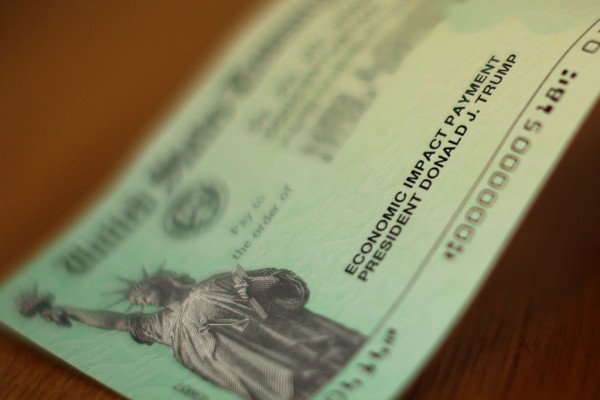 (Photo : Chip Somodevilla/Getty Images)
Stimulus Checks With President Trump's Name Sent Out To Americans WASHINGTON, DC - APRIL 29: U.S. President Donald Trump's name appears on the coronavirus economic assistance checks that were sent to citizens across the country April 29, 2020 in Washington, DC. The initial 88 million payments totaling nearly $158 billion were sent by the Treasury Department last week as most of the country remains under stay-at-home orders due to the COVID-19 pandemic.

According to IRS Commissioner Charles Rettig, the latest stimulus checks could be delayed, as he warned a few weeks ago that the tax service was overwhelmed. However, he provided Congress with more positive reports this week.

The child credit cash will be distributed to every family with children who applied for the most recent $1,400 stimulus check. From July to December, if a family earns less than $150,000 or a person earns less than $75,000, they will get a $250 monthly stimulus payment for each of their children aged 6 to 17. They can get $300 if the child is under the age of six.

More Stimulus Checks Set for Disbursement in Coming Days, According to IRS

Families will get a credit of $3,000 or $3,600 this year, based on the age of their children, as per MoneyWise via Yahoo. The first half will be accounted for by monthly fees, with the other half being refundable next year upon filing taxes for 2021.

This temporary adjustment to the credit gives families an extra $1,600 per child to spend on whatever they want: household bills, debt, savings, or even investing. They could open a joint investing account for their kids that would help them to increase their savings by simply adding "spare change."

Families could only get a credit of $2,000 per kid in previous years, with only $1,400 refundable. Single parents making more than $75,000 and couples earning more than $150,000 may not collect the total payments under the expanded credit, although they will also be eligible for specific aid.

What is the child tax credit?

The CTC is a tax credit that parents and guardians will use to help offset their tax bill, based on the number and ages of their dependents. As part of a 2020 tax year return, it will offer much-needed relief for many.

Previously, the CTC was a $2,000 tax credit available to parents for any child under 17. The same age range for child dependents was used for the first and second stimulus checks.

If the credit exceeds the amount of taxes payable by a household, parents could also claim a refund of up to $1,400 of the variation; this is known as the extra child tax credit or refundable CTC. A married couple with three children aged five, ten, and 12, for example, would receive a net credit of $6,000 unless they were owed a refund, in which case they would receive $4,200.

The IRS says it is still working out the particulars on this aspect, so it is not clear yet. We know payments would be made "on a regular basis," but the IRS will not be able to agree to monthly payments. We also know that the first half of the amount will arrive in 2022, as per CNET.

IRS to Send 'Plus-Up' Stimulus Payments to Taxpayers This Week