As thousands of Russian forces assembled along the Ukrainian border, U.S. President Joe Biden urged Russian President Vladimir Putin to de-escalate tensions. Biden also suggests a summit in a third country in the immediate future, as relations between Washington and Moscow reached a low point in decades. 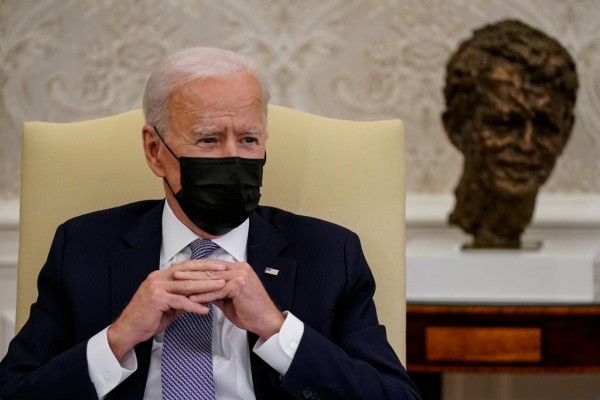 Biden made it clear to Putin that the U.S. "would act squarely in support of its national interests in reaction to Russia's acts, such as cyber intrusions and election intervention." Also, the White House stressed the U.S.'s unwavering pledge to Ukraine's sovereignty and territorial integrity."

Biden also affirmed his intention of "building a secure and predictable relationship with Russia that is aligned with U.S. interests," as per the statement, while also calling for a summit in the coming months to discuss the entire range of problems confronting both countries. Similar remarks were made by Secretary of State Antony Blinken, who was in Brussels on Tuesday for talks with Ukraine's foreign minister and NATO leaders.

Meanwhile, Russia retaliated against U.S. threats and criticism on Tuesday. Russian news media cited Russian Deputy Foreign Minister Sergei Ryabkov as saying, "The United States is our foe and does all it can to undermine Russia's position on the world stage," Reuters reported.

Ukraine, which has been battling rebels supported by the Kremlin in the Donbass region for the past seven years, said Russia had amassed 80,000 troops in total, with 40,000 on the eastern border and 40,000 in Crimea. The huge deployment of Russian forces along Ukraine's border and in Crimea, which Putin unilaterally annexed in 2014, has alarmed European leaders.

On Tuesday, NATO Secretary-General Jens Stoltenberg urged Russia to pull its forces back from the border. The military buildup is the highest concentration of Russian troops since the illegal invasion of Crimea in 2014, Stoltenberg said. In a phone call with Putin last week, German Chancellor Angela Merkel requested that the Russian leader decrease the troop deployment to de-escalate the situation, based on a German government statement.

Putin, Russian President, Signs Law Allowing Him to Remain in Power Through 2036 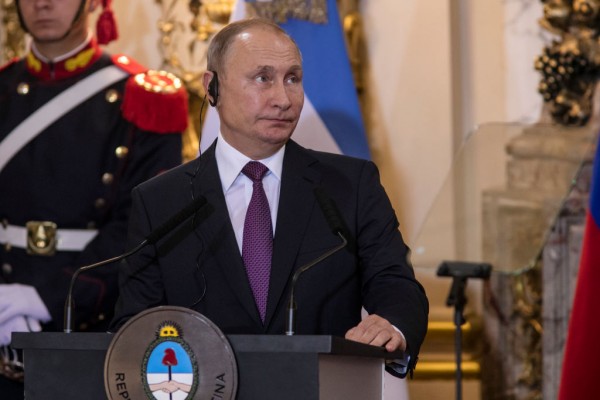 Amid escalating tensions over Russia's huge troop buildup on the Ukrainian border, Vladimir Putin turned down Joe Biden's call for a summit yesterday, as per Daily Mail. Faced with his first big foreign policy challenge against a seasoned adversary, Biden asked Putin to 'de-escalate tensions' and proposed a summit in the coming months, according to the White House.

The Kremlin refused to respond to the suggestion, instead insisting that the phone call was made at Washington's request to make it look as if Biden had crawled up to his opponent. According to the Kremlin, the two leaders have addressed Iran's nuclear program, Afghanistan peace negotiations, and global climate change.

According to Moscow, Putin spoke with Finland's prime minister immediately after their call, which hosted previous high-level talks between nuclear-armed forces, including Donald Trump in 2018. Biden's phone call to Putin came just hours after Russia's deputy foreign minister warned the United States to keep its warships out of the Black Sea "for their own good," warning that doing so might turn the area into a powder keg.

Biden's proposed summit isn't a sign of friendliness with Russia

In the coming months, U.S. President Joe Biden and Russian President Vladimir Putin have decided to move their tense relationship to the next level by meeting in a third country. However, the White House maintains that this is not an indication that the two are on the verge of being friends, Newsweek reported.

"We're not looking for an establishment of trust as well as predictability and stability," White House Press Secretary Jen Psaki told reporters on Tuesday, just hours after the two leaders talked by phone. "There are a lot of challenges and opportunities around the world, and the president needs to have the bandwidth to work on them, not an adversarial relationship with Russia."

Their meeting has no fixed date or other information. Still, Psaki stated that it would take place in the coming months. Biden and Putin have had a strained relationship for a long time, which contrasts sharply with the friendlier U.S.-Russia ties under Biden's predecessor, Donald Trump.

Last week, Psaki told reporters that Biden is "disturbed" by news of imprisoned Putin critic Alexei Navalny's deteriorating health and has called for his release. Navalny, who has been on a hunger strike in protest of inadequate health care while incarcerated, was not included in the White House readout of their Tuesday call.

US Slams China for Not Cooperating in COVID-19 Origin Probe, Reminds Its Shortcomings in Early Days