A former U.S. ambassador has cautioned that Vladimir Putin is threatening open warfare in Europe as he puts President Joe Biden to the test by massing troops along Ukraine's border.

Between 2012 and 2014, as Putin annexed Crimea, Michael McFaul, America's man in Moscow, said Putin was 'definitely' testing his U.S. counterpart with a display of power that has jangled nerves in Europe. 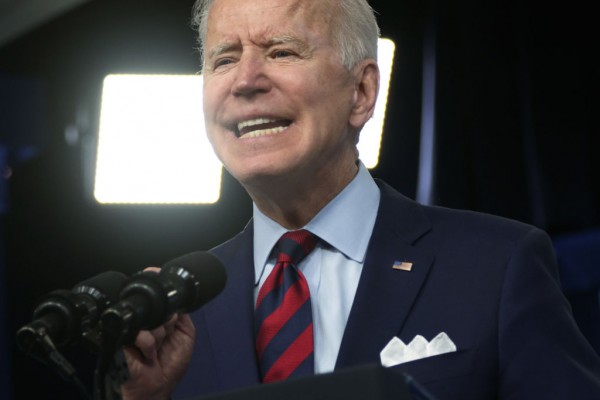 However, he warned that the bluster could quickly devolve into conflict, with the Russian military occupying Ukraine under the pretext of 'liberating' Russian speakers in the country's east, which it considers citizens.

More than 80,000 Russian forces are believed to have gathered along Ukraine's eastern frontier, as per Daily Mail. Iuliia Mendel, a spokesman for the Ukrainian President, said today that 40,000 Ukrainian troops are stationed in Crimea, with another 40,000 in the disputed Donbass area.

Ukraine President Volodymyr Zelenskiy has demanded talks with Putin over the troop buildup, but has yet to receive a response, said Mendel. This week, Zelenskiy will visit Paris to negotiate increasing tensions with European allies.

McFaul replied clearly to a BBC Radio 4 question about how concerned world leaders should be about the situation in Ukraine: 'Very.' McFaul believes that U.S. Secretary of State Antony Blinken's warning of "consequences and costs" if Russia pushes into Ukraine is inadequate.

He urged the White House to be clear about its reaction if Russia struck in the hopes of persuading Putin to change his mind before issuing the order. He went on to say that instead of asking America to stand alone, the G7 should issue a statement condemning Russia's actions. When asked why Putin is now making an issue out of a conflict that has been simmering in eastern Ukraine for the past five years, McFaul cited Biden's 'tough' comments about Putin since taking office.

Putin, Russian President, Signs Law Allowing Him to Remain in Power Through 2036 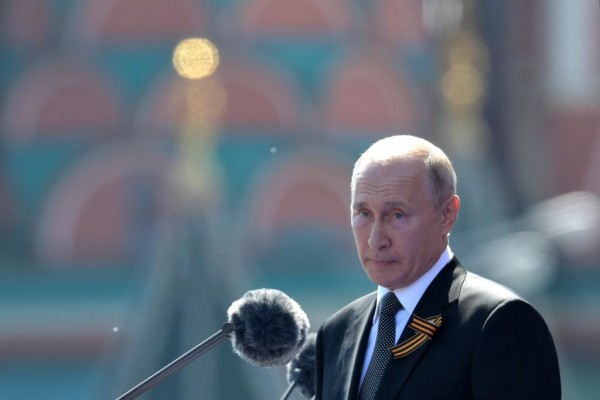 (Photo : Sergey Guneev - Host Photo Agency via Getty Images )
Russia Holds 75th Anniversary Victory Parade Over The Nazis In WWII MOSCOW, RUSSIA - JUNE 24: President of Russia and Commander-in-Chief of the Armed Forces Vladimir Putin makes a speech in Red Square during a Victory Day military parade marking the 75th anniversary of the victory in World War II, on June 24, 2020 in Moscow, Russia. The 75th-anniversary marks the end of the Great Patriotic War when the Nazi's capitulated to the then Soviet Union.

In defiance of Western threats, video footage released today tends to reveal massive new troop movements in Russian regions within striking distance of Ukraine. Russia's state television ramped up its propaganda, threatening that the country is "one step away from war" and demonizing Ukraine as a Nazi state.

Ukraine is also allegedly dumping offensive firepower into the war zone, according to state television, but one video shows Kyiv troops using obsolete Soviet light BMP-2 tanks from the 1980s, which are no match for Vladimir Putin's formidable new firepower. The decision is seen as a deterrent to Russia, as many Western nations have requested that Moscow withdraw its forces.

The latest evidence of a Russian buildup came when a Kremlin spokesperson maintained that "nobody is going to move into war," despite fresh videos and TV hype to the contrary. In what could be seen as a bid to increase the psychological pressure on Ukraine, Moscow released an intense video of its new weapons to commemorate the Air Defense Forces' Day, The Sun reported.

As President Joe Biden reportedly dubbed him a "killer" in his first sit-down interview since taking office, Russian President Vladimir Putin allegedly left his quarantine, had a COVID-19 vaccine, and transferred 28,000 Russian troops to the Ukrainian border. "It hit me like a ton of bricks. And it had a major impact on his behavior," Pavel Baev, a senior researcher at the International Peace Research Institute in Oslo, Norway, argued.

Last week, Russian Bear bombers launched an attack, prompting NATO to dispatch ten jet fighters to intercept Russian warplanes flying over the North Atlantic Ocean in a rare display of force near the Arctic. Putin secretly amended Russia's constitution, extending his term until 2036. According to Fox News, he'd be 83 years old at the time.