Officials say the Biden administration hopes to lift COVID-19 travel restrictions on the Mexico-Canada border by mid-May, and relax existing flight bans on the United Kingdom, Europe, and Brazil. 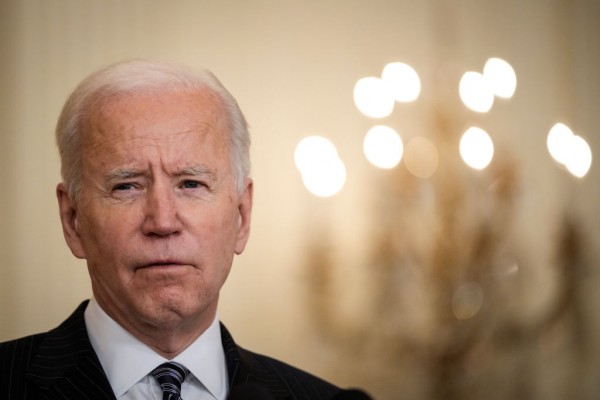 The foreign travel restrictions have been in effect since the COVID-19 pandemic broke out in March of last year. For non-essential travel, the Canadian border remains closed to Americans.

Land border crossings between Mexico and the United States are also restricted to essential travels only. Non-US nationals are officially prohibited from flying internationally in the United Kingdom, some European countries, China, Iran, Brazil, and South Africa.

On Thursday, sources told CNBC that the Biden administration is hoping to relax travel restrictions by mid-May. The timing matches Biden's goal of making vaccines available to all adults in the US by the end of May.

According to one of the sources, a senior administration official, there will be a sea shift in mid-May as vaccinations are more readily available to all. About 12% of the population of the US has been vaccinated. To date, the United States has issued 113 million doses.

By May, Biden has pledged to provide enough vaccines for all adult Americans, as per Daily Mail. There is currently no specific strategy for reopening borders and removing travel restrictions in the mid-May timeframe.

On Thursday, the US government declared that non-essential travel between the US, Canada, and Mexico would be prohibited until April 21. The 30-day extension is Biden's second since taking office in January.

According to the Department of Homeland Security, the US, Canada, and Mexico have all "determined that non-essential transport poses an additional risk of virus dissemination and distribution." Sources within the Biden administration added that Canada, which has shown no interest in relaxing the restrictions, wishes to keep the borders closed until the bulk of its residents have been vaccinated.

The US government announced Thursday that its land borders with Canada and Mexico would remain close to non-essential travel until April 21, Reuters via Yahoo reported. The 30-day extension is President Joe Biden's second, and it comes when US lawmakers in northern border states have called for the almost year-old limits to be lifted to combat the COVID-19 pandemic.

Officials from the US had previously demanded several improvements, especially for people residing along the Canadian border. According to the reports, Biden's administration is updating the existing ban on travel from the UK, Europe, and Brazil every week due to fears over new COVID-19 variants spreading across the world.

The bulk of the US travel restrictions have been in effect since March 11 last year, when then-President Trump enacted them. He barred nearly all foreign nationals from entering the US if they had spent the previous 14 days in those European countries, China, or Iran.

On May 25, 2020, Trump expanded those steps to cover Brazil. The ban has never extended to residents of the United States. The US government started asking almost all foreign air travelers to show proof of a negative COVID-19 test within three days of departure on January 26.

The Biden administration has spent weeks debating whether or not to implement COVID-19 testing requirements for land border crossings, but no new regulations have been released. In January, Biden issued an executive order urging US officials to "immediately begin diplomatic outreach to the governments of Canada and Mexico on public health procedures for land ports of entry."