Senate Democrats agree to provide $1,400 stimulus checks to fewer Americans under a deal with President Joe Biden, as per the two sources familiar with the plan. 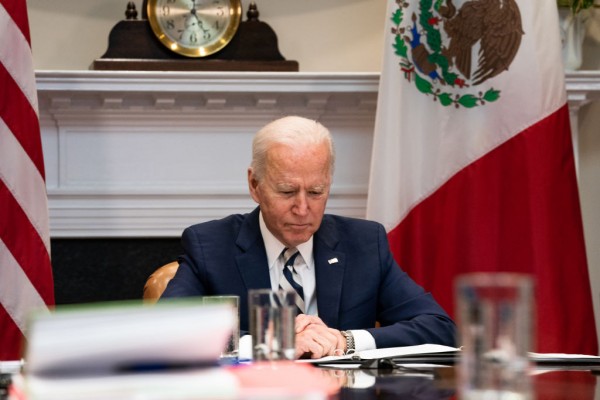 Every American who filed an individual tax return and earns up to $75,000 will get the entire sum until it starts to decrease at salaries higher than that. However, the Senate bill will break off benefits at $80,000, rather than zeroing out at $100,000 earnings as the previous COVID-19 relief bill did.

According to NBC News, incomes up to $150,000 for married couples filing jointly will also get the same amount. Rather than stopping payments at $200,000, the Senate bill would stop them at $160,000 in earnings. The new plan will make the entire $1,400 stimulus checks open to taxpayers filing as heads of households that receive less than $112,500, with the allowance zeroing out at $120,000.

The stimulus payments would essentially be phased out faster under the proposed plan, which came one day after Biden met with moderate Democratic senators who expressed some reservations and suggested that the relief be more specifically tailored.

According to one of the outlets, the Senate bill, like the House bill that passed early Saturday, would keep federal unemployment benefits at $400 a week until August. The $1.9 trillion stimulus bill is set to go forward in the Democratic-controlled Senate as early as Thursday, with a final vote possible by the end of the week.

Party leaders are also waiting on a report from the nonpartisan Congressional Budget Office confirming that the bill complies with reconciliation law, allowing Democrats in an equally divided Senate to circumvent the filibuster and enact the bill with a simple majority.

The latest round of $1,400 stimulus checks has been limited for the second time by Democrats. To please progressives, the House bill phased out the $1,400 payments a little faster than previous measures, with families earning $199,000 getting no money instead of any money in previous bills.

The agreement will also affect the $1,400 stimulus checks for individuals with dependent. Some Democrats protested against narrowing the qualifying requirements, claiming that it would enrage individuals who had received cash bonuses in prior rounds under Trump's presidency and didn't want to be left out this time.

Read: Wonder If You Are Old Enough to Receive Stimulus Check? These Rules Could Change the Payments

The change was made in response to moderates' concerns that the checks would go to wealthy Americans. Individual stimulus checks will start to phase out at $75,000 and fully phase out at $80,000 in salary, as compared to around $100,000 in the House-passed version of the bill last week. Joint filers' stimulus checks will be phased out beginning at $150,000 and fully at $160,000, as per USA Today.

Many Americans who should have received at least some money could now receive a zero due to the move. According to the reports, the agreement held a federal increase to unemployment benefits at $400 per week through August rather than September, as liberals like Sen. Ron Wyden, D-Ore., had hoped.

The agreement opens the way for the bill to go forward in the Senate. They could vote on a procedural resolution to start a discussion on the bill as early as Wednesday evening, implying that it could pass the Senate by the end of the week. By mid-March, as the federal boost to unemployment benefits expires, Democrats hope to have passed the bill through the Senate and back through the House.

Read also: Claim Your Stimulus Money by Getting IRS Letter First, Here's How To Do It

In a Fox News interview, McConnell said he expected that Democrats would band together to eventually bring the American Rescue Plan into Congress. When asked whether the $1,400 would stop "few workers from wanting to work," McConnell said it was one reason he opposed the direct payments.

Read also: $350B State, Local Government Aid in Biden's COVID-19 Relief Package: Enough, or Too Much?