Joe Biden made his first appeal to Xi Jinping as U.S. President on Wednesday, pressing the Chinese leader on trade and Beijing's crackdown on Hong Kong democracy activists as well as other human rights concerns. 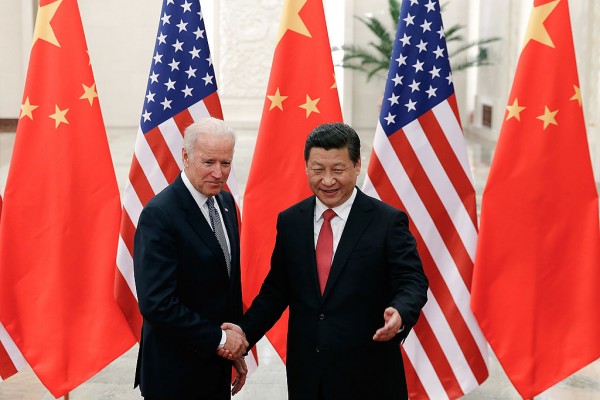 The two leaders spoke just hours after Biden revealed plans for a Pentagon task force to review the U.S. national security strategy in China. Biden's first call also came after his announcement that he is imposing sanctions against Myanmar's military regime following the coup in the Southeast Asian country this month.

After the call, Biden posted on Twitter, "I told him I'll work with China when it benefits the American people."

On the Chinese New Year occasion, Chinese state broadcaster CCTV said Biden and Xi "exchanged greetings and had an in-depth exchange of opinions on the bilateral relationship and major international and regional issues."

When he served as Barack Obama's vice president, Biden, who had dealt with the Chinese leader, used his first three weeks in the White House to make several calls with other leaders in the Indo-Pacific region. Biden tried to send the message that he would take a completely different approach to China than former President Donald Trump, who in the U.S.-China relationship placed trade and economic issues above all else.

In his appeal to India's Prime Minister Narendra Modi, Biden highlighted the need for "close cooperation in promoting a free and open Indo-Pacific." And last week, in his appeal to Australian Prime Minister Scott Morrison, the President emphasized that the two nations' coalition was crucial to the region's stability, the White House said.

Biden confronted Xi during the call about China's coercive and unequal economic policies, the crackdown in Hong Kong, human rights violations in Xinjiang, and more assertive behavior in the region, including against Taiwan. Among other issues, they also discussed the COVID-19 pandemic and climate change, as per Politico via MSN.

On Wednesday, two senior administration officials said that the call, which came three weeks after Biden's inauguration, resulted from comprehensive discussions with U.S. allies in Europe and Asia on the development of a new China policy.

Before calling Xi, Biden talked to over a dozen other heads of state, including Russian President Vladimir Putin, prompting concerns about whether Washington was giving Beijing a head start on ramming through its trade initiatives to foreign policy.

In their initial contacts with China, the officials admitted that the new administration was "very careful." Still, they said the preparatory talks with allies had put Biden in a "strong position" to negotiate with his Chinese counterpart.

Read also: Chinese Communist Party to be Held Accountable for Activities to Knee Cap the West

China's Xi told Biden confrontation would be a disaster

According to US News, the conflict between China and the United States will be a disaster for both nations. Chinese President Xi Jinping told U.S. counterpart Joe Biden that the two sides should re-establish the means to prevent misunderstandings and misjudgments.

According to the discussions, Xi also told Biden that he hopes that the U.S. can carefully deal with issues linked to Taiwan, Hong Kong, and Xinjiang, which has a dispute to Chinese sovereignty and territorial integrity' report published on Thursday by Chinese state television.