The World Health Organization (WHO) investigators admitted that their Wuhan research mission would not reveal how the COVID-19 jumped to humans from animals.

WHO says No revelation of COVID-19 origin on Wuhan mission 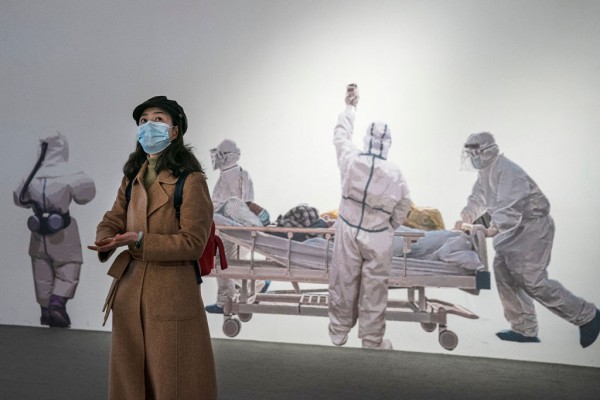 (Photo : Getty Images)
WUHAN, CHINA - JANUARY 30: (CHINA OUT) A woman wears a face mask as she visits an exhibition on the city's fight against the coronavirus in Wuhan on January 30, 2021 in Wuhan, China. The WHO team has finished their mandatory quarantine and is now carrying out investigations into the origins of the coronavirus in Wuhan.

A week ago, the 13-strong team of international experts started probing into the origins of the COVID-19 pandemic.

However, today, it was revealed that they are dismissing some theories that a Chinese laboratory leaked the coronavirus.

Peter Ben Embarek, lead WHO investigator said their investigation, which would conclude within the next week, would help fully understand the origins of the COVID-19.

Embarek added that even if they do not come up with the 'ultimate full understanding' of the COVID-19 origin, it will still be an excellent initial step.

However, the WHO investigator insisted that he and his team had a 'very frank' discussion with the Chinese scientists regarding the virus's source. According to Daily Mail, the WHO's failure to achieve its goal casts doubt over the UN agency, which parroted Beijing's false claims in the pandemic, in its ability to unveil the truth.

In the absence of a conclusion on the origins of COVID-19, China, whose diplomats have thrown support behind suspicions that the virus came in another region, may play a part.

Yesterday, the WHO researchers visited the infamous Wuhan Institute of Virology, the facility at the center of theories that leaked the virus.

Read also: New COVID Variant May Affect the COVID Vaccines Due to Its Mutation

Team member Dr. Peter Daszak said they were given data that 'no one had seen before' and that Beijing was open with them and allowed them to explore wherever the evidence leads. Daszak added they had not ruled out that COVID-19 escaped from a laboratory.

But Embarek dismissed today some of the notorious theories linking to the coronavirus's origin after discussions with Chinese scientists.

The investigator claimed that talking to the Chinese scientists helped understand the staff's position regarding many statements and claims that everyone has read and seen in the news.

Reporters accompanied the team to the high-security site, but as with prior visits, there was no clear access to team members who have so far offered few details about their meetings and visits.

Uniformed and plain-clothed security officers stood watch, but there was no sign of the team members wearing protective suits on Tuesday during a visit to an animal disease testing study, as per the ABC News.

After the 2003 outbreak of Severe Acute Respiratory Syndrome, one of China's leading research labs built an archive of bat coronaviruses' genetic details. It led to unproven theories that it may be connected to the initial outbreak of COVID-19 in Wuhan in late 2019.

China has rejected the idea and supported theories that the virus might have originated abroad or even been introduced overseas into the country with shipments of frozen seafood infected with the virus, a concept that foreign scientists and agencies have roundly refused.

The WHO team, which is comprised of experts from 10 countries, has visited hospitals, conventional wet markets, and research institutes related to many of the first cases after two quarantine weeks. Their visit followed months of talks. China tries to maintain close leverage over information on the epidemic and the investigation's root, likely to avoid blame for possible early response errors.

In late 2019, the first COVID-19 clusters were identified in Wuhan, China, which caused the government to place the region of 11 million under a strict 76-day lockdown. More than 89,000 cases and 4,600 deaths have been recorded in China since then, with new cases mostly clustered in the northeast and local lockdowns and travel bans being placed to curb the outbreaks.

With just 15 reported on Wednesday, new local transmission cases continue to drop as the Chinese government interest appeals not to fly later this month for the Lunar New Year holiday, Global News reported.