The rapper and record producer Dr. Dre was reportedly rushed to Cedars Sinai Medical Center in Los Angeles due to a brain aneurysm.

According to TMZ, sources said that Dr. Dre, 55, is in the ICU and is suffering from a brain aneurysm. Doctors say they have not yet determined the cause of the bleeding, but they had performed various tests to reveal the cause.

On January 4, Andre Romelle Young, also known as Dr. Dre, was rushed to the ICU and is still in the facility. However, insiders told TMZ that Dr. Dre, 55, is "stable and lucid."

Dr. Dre was hospitalized and is 'doing great' 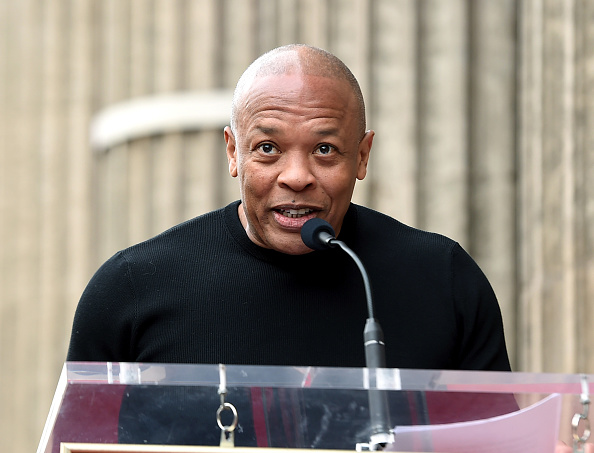 On his verified Instagram account, Dr. Dre wrote, "Thanks to my family, friends and fans for their interest and well wishes. I am doing great and getting excellent care from my medical team. I will be out of the hospital and back home soon. Shout out to all the great medical professionals at Cedars. One Love!!"

The famous rapper is embroiled in a devastating divorce with his estranged wife, Nicole Young, who filed to end their marriage due to irreconcilable differences legally, Daily Mail reported.

Dr. Dre is scheduled to appear in court

The legendary rapper Dr. Dre is in the midst of a publicized and devastating divorce with his wife, Nicole Young. In June, the couple called it quits, as per the Los Angeles County Court filings, The Blast cited. The reason filed on June 29 was "irreconcilable differences."

According to HEAVY, Nicole is asking for spousal support from Dr. Dre, who has an estimated net worth of nearly $800 million. Nicole and Dr. Dre have two grown children, Truly and Truice.

Due to Dre's emergency health confinement, it is unlikely for him to attend the hearing in Downtown Los Angeles.

Nicole had asked the judge to reject the couple's prenuptial agreement, which she signed in 1996, and claimed that Dr. Dre ripped it up early in their marriage. The Beats By Dre co-founder, however, denied he did such a thing. According to the outlet, Nicole is asking for $2 million a month in temporary spousal support and $5 million for attorney fees.

Nicole claimed that the hip-hop mogul could cover her expenses as he has more than enough money because of his massive part in Apple investments.

According to legal documents obtained by TMZ, Dr. Dre's estranged wife and her public accountant claimed that he has nearly $262 million in cash aside from his Apple stocks.

Allegedly, over the last several years of being together, Dr. Dre sold those stocks to fund their lifestyle. The couple's monthly living expenses totaled almost $2.3 million, $300,000 more than Nicole's demand in temporary monthly spousal support, as per COMPLEX.

Simultaneously, the CPA claimed the rapper-producer and his estranged wife spent $245 million from 2017 to 2019. However, during the same period, their cash even increased. The CPA argued these figures proved that Dr. Dre has enough to pay a portion of Nicole's legal fees and ensure that she would maintain the same lifestyle to which she is used to living.

According to previous filings, Dr. Dre claimed that his wife's monthly expenses were far less than the $2 million she is seeking. To cover Young's spending and bills, she only needs $300,000 per month, as per Dr. Dre's calculations. The rapper reportedly pays for Nicole's Malibu estate and security. He also sends a messenger to Nicole's Malibu home with any money she requested.