Is Ibuprofen Safe for Coronavirus Patients? Young Girl's Condition Worsens After Taking It 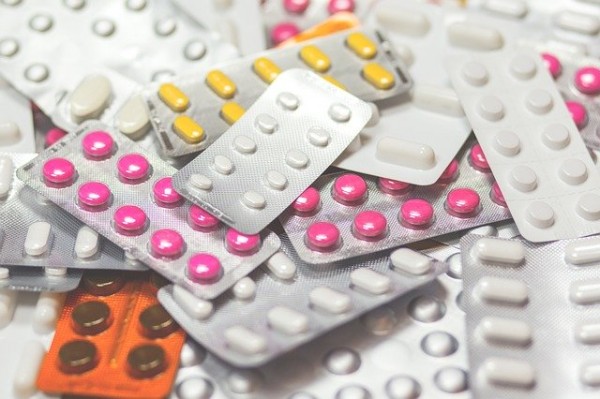 Top medical experts have been debating on the effects of giving ibuprofen and anti-inflammatory drugs to COVID-19 patients. Some have already expressed their skepticism on administering ibuprofen to people who are exhibiting coronavirus symptoms and have issued several warnings against it.

Whilst the said drug can be used as a pain killer, reduce discomfort due to headache and sore throats, Dr. Amir Khan who works for Britain's public health care National Health Service told Al Jazeera that ibuprofen could cause a depressive effect on parts of the immune system. Thus, taking the drug may dampen the body's immune response which may prevent it from fighting of infection effectively. This may also potentially lead to being sick for a longer period and increase the risk of complications.

According to Khan, although there is no study that has proves this theory people should instead take other safer alternatives to pain such as paracetamol, or acetaminophen.

Moreover, Olivier Veran, France's Health minister also warned against taking of anti-inflammatory drugs saying that they could aggravate the infection in Twitter. Like Khan, he also recommended taking paracetamol. He also advised people to seek their doctors advice of they have doubts or have already taken anti-inflammatory drugs.

Deeply concerned about this bold statement by the French MoH with no reference to the claim, which is causing public concern. There’s no scientific evidence I am aware of that ibuprofen cause worst outcomes in #COVID19. pic.twitter.com/gpCGpF4N0D — dr muge cevik (@mugecevik) March 14, 2020

However, some health experts contradicted these statements and are not convinced that ibuprofen can be harmful to COVID-19 sufferers. A scientist from the Infection and Global Health Division of the University of St Andrews, Muge Cevik responded in Twitter that he was deeply concerned due to the boldness of Veran's statement and further noted that there are still no scientific evidence that prove that ibuprofen could worsen the condition of COVID-19 patients.

A four-year-old British girl who exhibited symptoms similar to those suffering from coronavirus grew worse after she was given a dose of ibuprofen.

There have been several debates by health experts on the effects of ibuprofen on those suffering from COVID-19 and whether it should be taken to combat the dreaded disease.

On March 15, Dan Collins, stepfather of four-year-old Amelia took it to Facebook to warn people about what happened to the child after she took the anti-inflammatory drug.

In the post, Collins called to those who have children that if the child ever shows coronavirus-like symptoms to never give them the drug. He narrated how his stepdaughter has been unwell since Tuesday of last week and exhibited flu-like symptoms with cough and colds, which are also the primary symptoms of COVID-10. He also narrated how she was burning up and did not want to get out of bed.

After several complaints by his stepdaughter, he gave her ibuprofen in thinking that it would help her feel better, however, she became worse. He stated that after taking the drug his stepdaughter had a hard time breathing and her heart rate became frantic. He also noted that she cannot keep her eyes often and could barely move to even lift her head. Her temperature also shot up.

Due to the abnormal response of Amelia's body to the drug, they called paramedics who were able to bring down her temperature and stabilize her condition. They were also advised by the paramedics to not give her ibuprofen again.

WHO Received First Reports of Coronavirus Not From China, But From Another Whistleblower

High Quality Wedge Pillows in 2020 for a More Relaxed Sleep