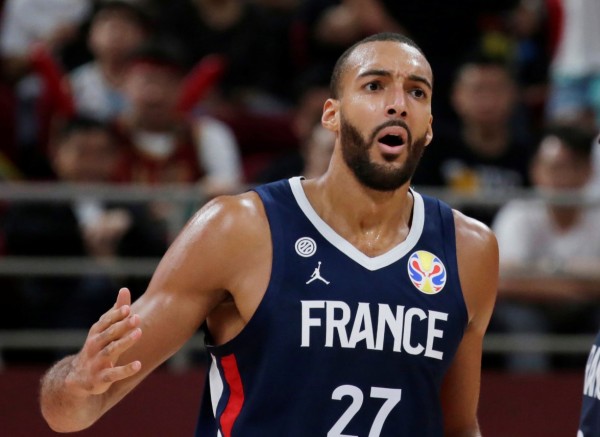 After he being diagnosed as positive for COVID-19, a video of Utah Jazz Center Rudy Gobert jokingly touching microphones a few days before his diagnosis went viral .

In the footage by KUTV, an affiliate of CBS, Gobert made a joke about the coronavirus and that people need to take it lightly. As a punchline to his joke, he playfully placed his hands on all microphones and audio equipment during a media availability in a pregame shootaround, Monday.

By Wednesday, Gobert was diagnosed with COVID-19, being the first NBA player to do so. After his results came out, the game between the Utah Jazz and Oklahoma City Thunder was then canceled. This was immediately followed as well by the announcement of the NBA Organization to suspend the season until further notice.

On Thursday afternoon, Gobert took it to Instagram to break his silence regarding his present condition and the incident. He said that he has gone through a series of emotions after learning his condition. He expressed feelings of fear, anxiety, as well as embarrassment.

In his post, Gobert said that the first and most important thing he wanted to do was to apologize to those people he may have endangered due to his careless behavior. He also said that he makes no excuses about his carelessness and that he has no idea who he has infected.

View this post on Instagram
I want to thank everyone for the outpouring of concern and support over the last 24 hours. I have gone through so many emotions since learning of my diagnosis…mostly fear, anxiety, and embarrassment. The first and most important thing is I would like to publicly apologize to the people that I may have endangered. At the time, I had no idea I was even infected. I was careless and make no excuse. I hope my story serves as a warning and causes everyone to take this seriously. I will do whatever I can to support using my experience as way to educate others and prevent the spread of this virus . I am under great care and will fully recover. Thank you again for all your support. I encourage everyone to take all of the steps to stay safe and healthy. Love. A post shared by  Rudy Gobert (@rudygobert27) on Mar 12, 2020 at 1:03pm PDT

The Jazz player expressed the hope that people have learned something from his behavior and that from now on everyone would take the matter seriously. He also said that he is receiving great care and assured that he will fully recover.

Gobert's actions have caused a "domino effect" on people with who he had previous interactions. His microphone stunt impacted some sports journalists who were present at the press conference and some had to be tested for the virus including, The Salt Lake Tribune's Andy Larsen, Tony Jones of The Athletic and Deseret News' Sarah Todd.

Not a day after the confirmation that Gobert has contacted the virus, his teammate Donovan Mitchell also tested positive for COVID-19. According to ESPN, Jazz players have privately said that despite the constant reminder about the virus, Gobert has been careless inside the locker room regarding touching players and their belongings.

After the news broke out, the Utah Jazz organization released a statement and said assured that they are working closely with the Centers for Disease Control and Prevention (CDC), state officials of Oklahoma and Utua, and the NBA in monitoring the health and the path to take moving forward.

The NBA has already recommended that all teams that have played against Utah in the past 10 days should self-quarantine, which includes the Boston Celtics, New York Knicks, Detroit Pistons, Cleveland Cavaliers and Toronto Raptors who already had their players tested and are awaiting results.

NBA Season Could take 30 days before resumption from suspension.

The 2019-2020 season of the NBA was put on an indefinite suspension due to the coronavirus outbreak, the announcement was abrupt that the organization was not able to build a long-term plan for its potential resumption.

On Thursday, NBA Commisioner Adam Silver announced that the league's current suspension will last for atleast 30 days and that certain re-assessments will be done in order to confirm that it is safe to resume with the season.