Katy Perry Pregnancy: How She Kept It a Secret 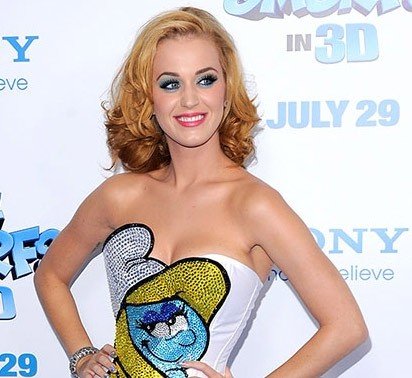 (Photo : Photo by mp3waxx.com on Foter.com / CC BY-NC-SA)
Recently, Katy Perry, 35, the Teenage Dream singer has publicized about her pregnancy and said it is not at all an “accident” rather she and fiancé Orlando Bloom had been planning to have their first child together for a while and were “looking forward” to the new arrival.

Katy Perry confessed that she hid her stomach behind big bags and "sucked it in" for 6 months to avoid revealing she is pregnant. The "Teenage Dream" singer, 35, confirmed that she was carrying her first child with fiancé Orlando Bloom.

This was announced on March 4 Wednesday in her newest music video for "Never Worn White."

The big news was delivered via an ethereal May Queen-esque music video. Perry delivered incredible vocals while giving viewers major spring vibes, but these were overshadowed by the announcement. The end of the video showed her growing baby bump.

The pop singer said it was the "longest secret" she ever had to keep. She turned to Twitter and Instagram Live to explain to fans just how she had managed to keep the news to themselves.

The first tactic Katy employed was attempting to suck in her stomach to fool the masses. The second tactic was carrying around a large purse in front of her stomach.

The "Thinking of You" singer planned on her baby announcement to her mother the same way she had with her friends: by putting the baby news on a wine label and gifting it. But she missed the chance to do the wine reveal to her mother.

Perry told what happened, "My mom, it was so weird, I didn't get the chance to do it because she just came over and was looking at my wine, which she never does, and she was like, 'What is this?' And that's how it happened."

Also Read: Katy Perry not yet ready to Marry Orlando Bloom: Here's why

Many people's initial reaction was of surprise since practically no one had an inkling that Perry had a bun in the oven.

Perry has been cautious in paparazzi photos taken of her these past couple weeks such as in shots taken of her Tuesday in Adidas sweats, she carried a big bag.

On Instagram Live, she told fans that she and Bloom are thrilled to be welcoming their first baby together soon. Bloom also has a 9-year-old son, Flynn, with his former wife Miranda Kerr.

However, nobody noticed that she announced the news during an Australian radio interview on February 24. She dropped a major hint that she was expecting a child with Bloom on The Kyle and Jackie O Show.

Radio host Kyle Sandilands asked Katy if she and the "Lord of the Rings" actor, 43, had discussed having children.

"The wedding is coming, she's doing (American) Idol, what about babies? Have you guys discussed having babies together?"

Perry answered, "Yep, I'm going to do everything at once," practically admitting that having a baby is included in her things to do.

Co-host Jackie 'O' Henderson reacted upon playing the audio from February 24, "She's like, 'Yep, doing everything at once'... meaning, 'I'm having a baby, I'm getting married, I'm doing Idol."'