Is a Trade War Looming Between U.S. and India? 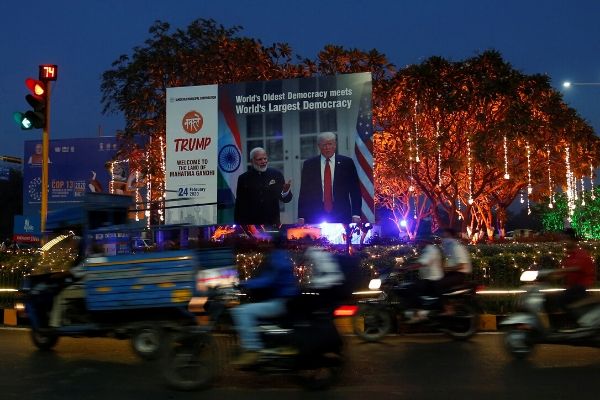 Trouble looms and the next trade war for President Trump might be with India. Before the G7 Summit meeting, in which Prime Minister Narendra Modi attended, an American Sentor stressed that India charges too high tariffs on American products.

The U.S. president has always his America First Policy, and made a point about the tariffs placed on US goods by the India leadership. President Trump calls India, the "tariff king" as a result.

When it came to South Asia, Senator Graham has chimed in on relevant issues where America's interests are crucial. Also, he has become of President Trumps closest advisers in US state affairs.

When President Trump met with the Pakistani Prime Minister Imran Khan on a state visit to the US a while back, Senator Graham was present when the Pakistani official was in the White House. A question was asked of the South Carolina Senator, whether a bill was introduced to allow the President of the United States (POTUS) to charge a country like India the same high tariffs with business agreements.

According to Graham, it gives the U.S. president the power to put a similar tariff on another nation's products, like India to avoid losses. As much as can be, if zero tariffs are better.

The accord of Trump and Modi is a breakthrough in U.S.-India trade relations because of higher tariffs and financial concerns that crucial for both.

Before meeting at the G7, the White House mentioned prioritizing trade and tariffs as the focus of their inter-nation talk, which is needed by both to clarify and ease trade tensions for the U.S. and India.

A senior administration official said that solutions are needed for the trade front which includes reducing tariffs and opening markets for more U.S.products that will benefit the American economy.

India's foreign Ambassador Vardhan Shringla went and met Graham in Capitol Hill to discuss things. A statement from the Indian Embassy commented that establishing closer strategic and economic ties were a priority for both America and India, one of the most important democracies today.

The tariffs that India raised were almonds, pulses and walnut from the US for preferred access when it is Indian products. Lowering trade limits and having a fair and reciprocal trade will be the theme of the Trump Administration in the meeting with the Indian Prime Minister.

At one point, Donald Trump wanted fewer fees for the export of Harley Davidson motorcycles as unfair. Modi promptly had the tariffs cut by 50%.

On June 21 2019, the Indian government choose to impose fees for the hiking of customs costs for some steel and aluminum products. In March 2019, the US Administration raised a 25% tariff on steel and 10% for aluminum goods.

With the U.S. and India having trade spats, reports are looking into a possible trade war similar to what is happening between U.S. and China.