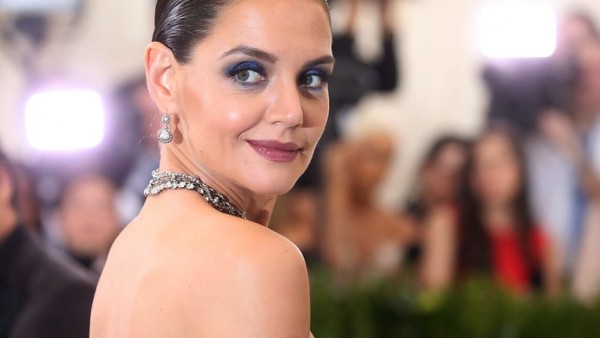 (Photo : Flickr/The Celebs Fact)
Nowadays, Katie Holmes has been relevant in the news due to her style. With all the news on her clothes, how is her love life?

Nowadays, Katie Holmes has been relevant in the news due to her style. She was in her usual simple, chic New York get-up while out in the Big Apple on Wednesday night, venturing out wearing a crisp cream-colored coat and sunglasses after sunset. With all the news on her clothes, how is her love life?

Holmes just got out of a six-year relationship with actor Jamie Foxx. She has been linked to a lot of famous men following her split from Foxx. However, the stories surrounding the actress's love life have all been false.

Although a few media outlets have been able to find out a little bit about Holmes' romantic relationships, the "Dawson's Creek" star has always been very private about her personal life. The press is unsure of how long the couple dated, or if they were ever officially in a relationship at all. To this day, neither Holmes nor Foxx have confirmed or denied their relationship.

Holmes surprised the world before by dating, having a baby, and marrying Tom Cruise all within 19 months. She was only 26 when she dated the 42-year-old Cruise.

Her new horror flick "Brahms: The Boy II" is slated to be released today. The film follows the tale of a family who finds a cursed doll after moving into the guest house of an eerie estate.

Bouncing back from her split from her longtime boyfriend, Foxx, she is back on the dating scene.

An insider said, "'New decade. New beginning' is how Katie sees it," the insider said, adding that Holmes bounced back fast following her breakup from Foxx.

Last year, she was spotted in Milan for the Spring 2020 Fendi fashion show. and had her arm linked with a mystery man just four weeks after she split with Foxx. The man resembled a younger version of actor Adam Goldberg. The couple is quits as in October 2019, Foxx was spotted holding hands with singer Sela Vave.

There remains no further word on who the actress' mystery man might be, and there have yet to be no further sightings.

Holmes was also linked to Liam Hemsworth following news that the "Batman Begins" star would be traveling to Australia to serve as the 2019 Ambassador for McHappy Day. The actress' party merely laughed off the ridiculous premise as Hemsworth has been in two relationships since then - with Maddison Brown and current girlfriend Gabriella Brooks.

Holmes is enjoying the single life as her main focus now seems to be on raising her 13-year-old daughter, Suri, whom she shares with ex Tom Cruise.

According to a source, Holmes is finding the time to get out and socialize. "(Holmes) has already been on at least three successful dates, but she is keeping her options open."