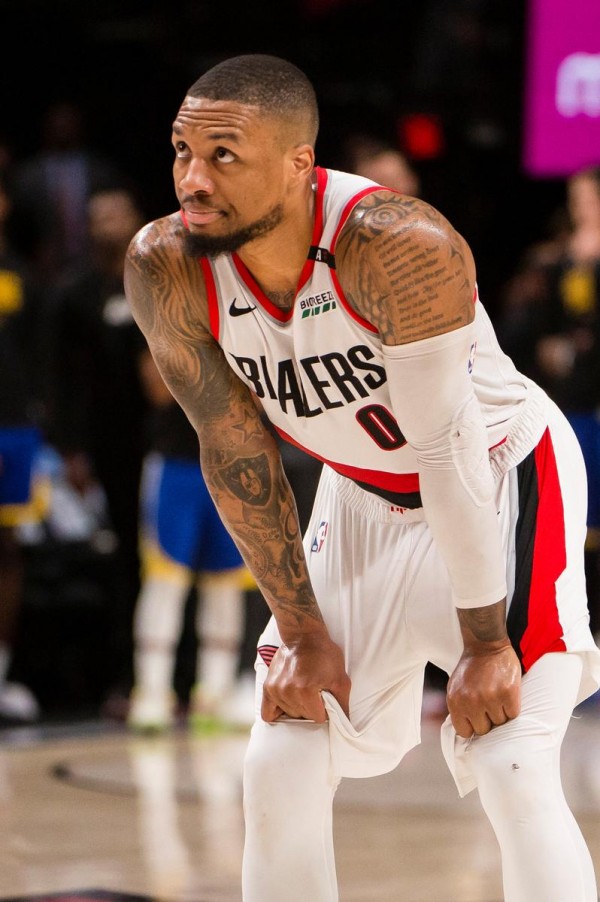 NBA All-Stars and fans won't be seeing "Dame Time" in action this weekend. Portland Trail Blazers' guard Damian Lillard will not be participating in the activities of NBA All-Star Weekend, including the MTN DEW 3-point Contest and the 2020 NBA All-Star Game after a suffering from a right groin strain in a loss against the Memphis Grizzlies on Wednesday.

After the game, Lillard told the media that he will not be taking part in the activities in Chicago this coming weekend. He was also scheduled for an MRI the following day.

On Thursday, Adam Silver, Commissioner of the NBA announced that Devin Booker will be taking Lillard's place in both events. This was not a surprise to NBA fans, since Booker's statistics for this season were good enough to make him an All-Star. Many were even shocked when Booker's name was not included in the original All-Star roster for this year. Booker will also replace Lillard in the 3-point Contest which the 23-year old won last year.

According to NBA.com, Lillard said that he was looking forward to joining the festivities in Chicago but his condition and health is his top priority. He added that he will be coming to Chicago and still be part of the celebration but he will just stay on the sidelines. Lillard also said that he wanted someone who deserves to be in the all star games to take his place, further mentioning Devin Booker himself.

Furthermore, "Dame Time" added that after the injury happened in their game against Memphis, he immediately knew that he would not be pushing through with the weekend's activities to avoid further straining himself.

In last year's All-Star game, Lillard played a big role in Team LeBron's win against Team Gianni's. This year, the trail blazer's point guard was supposed to come back as part of The King's team for his fifth All-Star appearance.

On the other hand, even though he was sad to see Lillard off of his roster for the games, Team LeBron Captain, LeBron James, sent out a congratulatory tweet to Devin Booker and welcomed him to their team.

As per Bleacher Report, the groin injuries that Lillard sustained will keep him out of games for approximately one to two weeks. The Trail Blazers are hoping that Lillard will recover by their next game against the New Orleans Pelicans on February 21.

The NBA All-Star game is scheduled to air live from Chicago on ESPN and TNT on February 16, 8:00 PM EST. The game will be a rematch between Team LeBron and Team Giannis, led by Milwaukee Bucks' Giannis Antetokounmpo. The All-Star Weekend will also include the MTN DEW 3-Point Contest, the Taco Bell Skills Challenge and The AT&T Slam Dunk Competition, which will air on Saturday Night on TNT and ESPN at 8:00 PM EST.

The NBA All-Star Weekend will open on February 14, with the Rising Stars Challenge which will feature the league's freshmen and sophomore's in a game of USA vs The World.

Related News: Phoenix Suns Get a Crucial Win Before the All-Star Break