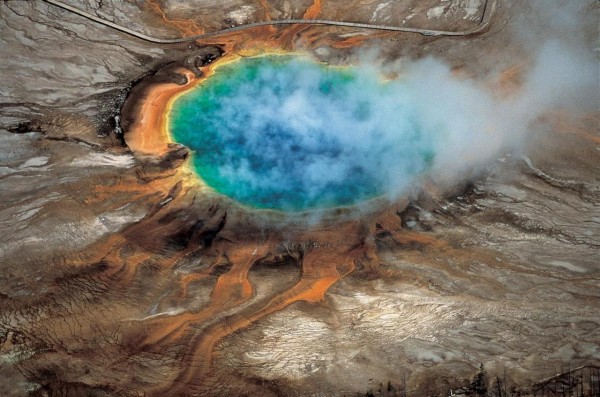 After almost a million years of staying quiet, scientists have a reason to believe that the Yellowstone volcano may be due for another eruption.

According to Express UK, an American scientist claimed that the volcano could erupt unexpectedly next week. It was also revealed that although no one actually knows when the super volcano, that has been long dormant, will erupt back to life. Speculations say that it will come anytime soon.

In the past two million years, the volcano only erupted three times forming the landscape around the volcano. Based on studies, the average time between eruptions was about 720,000 years, which led scientists to believe that another catastrophic blast is due in no time.

The United States Geological Survey (USGS) stated that the previously recorded major eruptions of the Yellowstone Volcano was about 640,000 years ago, 1.3 million years ago and 2.1 million years ago.

The eruption that sculpted the Lava Creek Tuff was the latest which was about two thirds of a million years ago, and caused the geological formation stretching across Wyoming, Idaho and Montana. With a caldera measuring up to 34 by 45 miles, the Yellowstone volcano eruption will be one of the most cataclysmic eruptions in living history.

A former professor in California, Ron Smith stated that the super volcano could erupt sooner that expected, although there it is hard to predict when the fourth Yellowstone eruption actually would be.

During his lecture at Dixie University in Utah, the scientist specifically argued that there is no way available to predict the future eruptions of the volcano. He also stated that while the volcano has gained so much publicity due to its possible apocalyptic blast, there is really no way of knowing if the volcano will erupt on the next 50,000 years of next week.

In January 2020, there have been 41 seismic activities observed in areas surrounding the Yellowstone volcano further strengthening the claims that it might blow sooner rather than later.

However, the USGS said that there is an extremely low probability of the volcano erupting for the foreseeable future. They also added that a hydro-thermal eruption, which is defined as explosive events that occur in shallow reserved of hot water and steam surrounding the volcano, is more likely to happen at Yellowstone rather than a catastrophic volcanic blast that people fear.

Another event to most likely happen is a smaller lava eruption than the feared super volcanic blast expected from the Yellowstone. However, with the volcano only having three major blasts recorded, geologists say that there are no evidence to support the claims that the Yellowstone volcano is going to erupt soon, or that there is a clockwork on its eruption patterns.

The USGS also added that if the average time intervals of the Yellowstone volcano eruptions were to be considered, the next eruption is still due in another 90,000 years. But the possibility of an eruption cannot be ruled out as well given that there is continued presence of magma beneath the volcano's caldera.