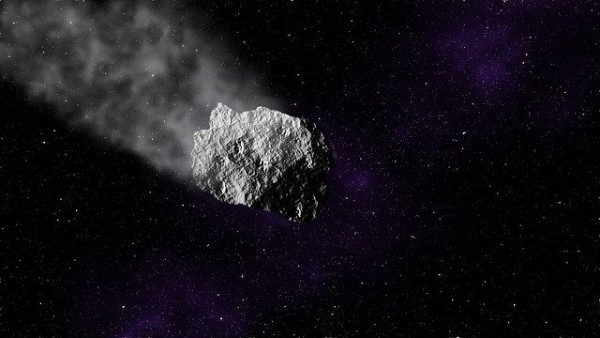 (Photo : Pixabay/Buddy_nath)
NASA is doing a sky watch for “Asteroid 2002 PZ39”, that will in Earth space about 5.77 million kilometers away. The space agency is cautious and is observing its approach on February 15.

Many fear that the Earth is in peril as a one-kilometer wide asteroid is currently heading towards the Earth.

Scientists believe that this massive near-Earth object, or NEO, could be a possible planet killer, scarily similar to the one that ended the reign of the dinosaurs.

This monster asteroid called "Asteroid 2002 PZ39" will has a date with earth, it is expected to be one of the closest approaches in recorded history and will take place on February 15, the exact time is said to be at 6:05am eastern standard time.

Space rocks that are as immense as this can end the lives of millions on impact, and that includes upsetting planetary balances that eventually kill flora and fauna.

NASA says that if a meteoroid bigger than 25-meters, but not as big as one kilometer, did hit earth, it would cause an impressive amount of damage. However, that damage would be limited to the area around the impact crater.

The concern as with any meteoroid from the asteroid belt, that hammers down on Earth with a diameter of more than one kilometer is a potential planet killer. Its impact will spread far and wide, similar to the events 65 million years ago that essentially led to mammals becoming the dominant species on Earth. This asteroid could possibly do the same thing in this era too.

Response to the threat of NEOs

A report on near-earth objects was presented at the White House in 2018 to emphasize the dangers of asteroids near earth. NEOs are ever-present dangers that threaten planetary systems, whether inhabited or not.

An asteroid hitting earth up to 1-kilometer could set into motion a number of cataclysms that would likely end life on earth, or at least inflict ebough damage that it would take millions of years to recover.

There is a National Near-Earth Object Preparedness Strategy and Action Plan that is meant to warn of imminent impact. However, at that time, it would be too late.

Preferably NEOs that make contact are considerably smaller, as they do not cause much damage beyond the impact zone and yield samples for study as well.

An asteroid strike changed the earth 65 million years ago

Bigger asteroids left their mark on the Earth's surface, like the one that struck the Yucatan in the age of the dinosaurs. That one is believed to have been 10 kilometers wide and it drastically altered the earth forever.

Any large NEO that strikes the earth's surface will transfer tremendous energy and unleash fatal reactionary forces all over the planet.

What is most frightening is the velocity of Asteroid 2002 PZ39 as it will be traveling at an estimated 57,240 km/h, when it does the fly-by. By no means at this speed would the Earth survive. An impact at this speed would generate a force that is more powerful than all the nuclear bombs on earth.

NASA emphasizes the need to monitor asteroids near-earth as we must know more about them if we ever want to avoid imminent danger.

Scientists at NASA have measured the closest intersecting trajectory at 5.77 million kilometers. This is considered safe and should keep flora and fauna safe until the next impending asteroid hitting earth set for August 25, 2034. Mark that date.

The Earth will survive as a giant rock orbiting an even larger star. The inhabitants however, may not be as lucky.