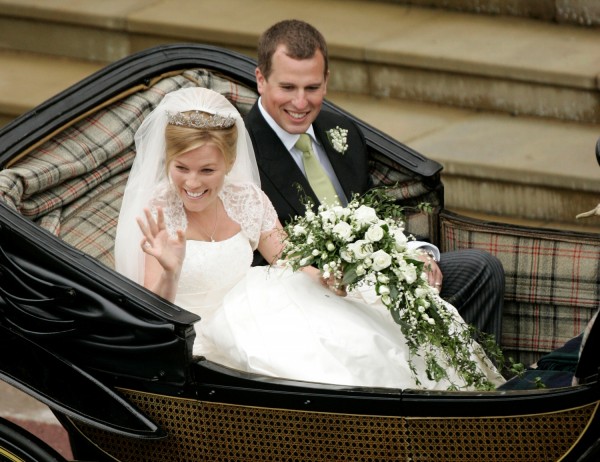 It is only February 2020 and things are steadily heading south for the British royal family. The infamous, yet widely read, U.K. tabloid The Sun broke the news Tuesday morning that Peter Phillips, the Queen's grandson, is seeking a divorce from his wife of 12 years, Autumn. This sad revelation follows Prince Harry and wife Meghan Markle's surprising announcement of stepping down as senior members of the family and their subsequent move to Canada with son, Archie Harrison.

Peter Phillips is the son of Queen Elizabeth's only daughter, Princess Anne with former husband Captain Mark Phillips. At 42, he is the eldest grandchild and is currently 15th in line for the throne. And as Royal insiders add, the Queen's favorite. Phillips and soon-to-be ex-wife Autumn met in Montreal as guests at the Canadian Grand Prix in 2003. They were married in Saint George's Chapel in Windsor Castle in 2008 and have two daughters, Savannah, 9, and Isla,7.

As the offspring of Princess Anne, many still ask why siblings Peter and Zara Tindall do not hold royal titles. The decision to refuse such titles were made by Princess Anne and Captain Phillips in their desire for a more normal life for their children. However, the siblings actively work for, and remain close, to the royal family. This leads to conclusion that Peter and Autumn's daughters will share the same upbringing.

As pointed out by the Express, this divorce is the first in this generation of British royals. It will also be first royal divorce of the decade once it comes to pass. Readers' Digest has compiled a list of royal divorcees in recent history. Princess Margaret, sister of the Queen, is on the list. The digest also mentions three out of four of the Queen's children. These unusual statistics are said to be extremely saddening to the Her Majesty, as she has been married to Prince Philip for 70 years. Their marriage is the longest in the history of British sovereignty.

Peter and Autumn remain friends and both are seeking joint custody of their daughters. Vanity Fair reveals that they are still sharing their marital home in Gloucestershire with the hopes of keeping the family intact despite the unpleasantry of divorce proceedings. While Autumn Phillips, formerly Autumn Kelly, was born and raised in Quebec, there have been no speculations, so far, that suggest she will be moving back to her native Canada.

Expressed in the couple's joint statement was that the decision to separate was done after "many months of discussion," squashing rumors that this split has blindsided the Queen's grandson, Peter. The couple has also requested the public to respect their daughters' privacy and to show them "compassion" as they go through this difficult period.