Salmonella Outbreak Stretches Across the US; CDC Continues To Investigate the Food Source

In less than a week, the number of infections from a recent salmonella outbreak with no known food source has more than doubled. 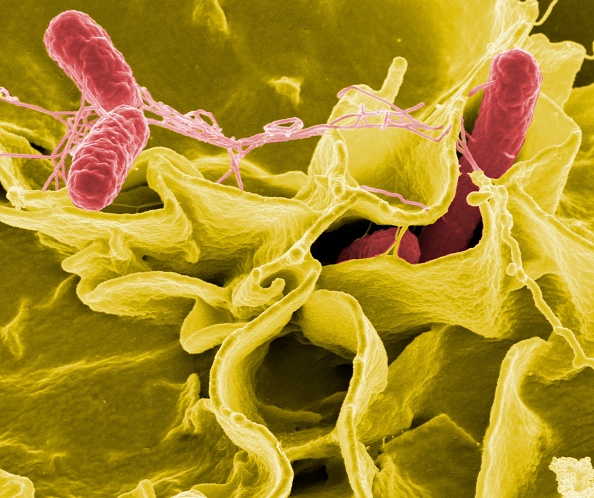 In a recently published article in MSN News, the Centers for Disease Control and Prevention reported on Sept. 15 that salmonella had infected 127 people in 25 states, resulting in 18 hospitalizations. The CDC also said at this time that they did not yet know the source of salmonella.

The CDC announced on Thursday that the number of people who have been sickened has more than doubled. Reports showed that 279 people have been sickened, and the outbreak has spread to four new states. A total of eight people have now been admitted to the hospital as a result of salmonella.

The Salmonella Oranienburg strain made 20 people sick on September 2. The CDC reports that the outbreak has "grown rapidly" since then and has stretched in the different states across the country, according to a published article in USA Today.

Food Source of Salmonella Not Yet Identified

Although no single food has been linked to the outbreak, officials from infected states have collected food samples from restaurants where sick people dined and discovered salmonella in a condiment cup containing cilantro and lime. Onions were also in the cup, but they weren't present when the food was tested.

The CDC said in a statement that it is impossible to determine which food item was contaminated since several food products were included in the container and in the sample that was analyzed. The CDC is utilizing this information, along with other relevant data, to help narrow down the list of foods that may be related to the disease, according to a published report in Good Word News.

Health Officials Believe the Number of Infected Persons Could Be Higher

Officials think the actual number of illnesses is considerably greater than reported since some individuals recover from salmonella without seeking medical attention and therefore are not tested. Determining whether or not someone was involved in an outbreak may take up to four weeks.

According to CDC statistics, the epidemic has spread throughout the United States, with Texas and Oklahoma having the highest cases (81 and 40, respectively). Illinois, Virginia, and Minnesota are among the states having outbreaks, with 23 and 22 respectively. Infected individuals vary in age from less than a year old to 89 years old, with females accounting for 59 percent of the total. There have been no fatalities recorded.

According to the CDC, symptoms of salmonella infection include diarrhea, vomiting, fever, stomach cramps, and dehydration, which may occur anywhere from six hours to six days after exposure to the bacterium. After four to seven days, the majority of individuals recover without therapy.

Cleaning utensils, hands, and meals, as well as separating various foods and ensuring that all food is cooked to a high enough temperature, are all recommended by the CDC. Perishable goods should be refrigerated within two hours, and frozen foods should be thawed in the refrigerator, according to the FDA.