The Centers for Disease Control and Prevention (CDC) in the United States is looking into two salmonella outbreaks in 17 states that may be connected to Italian-style meats. 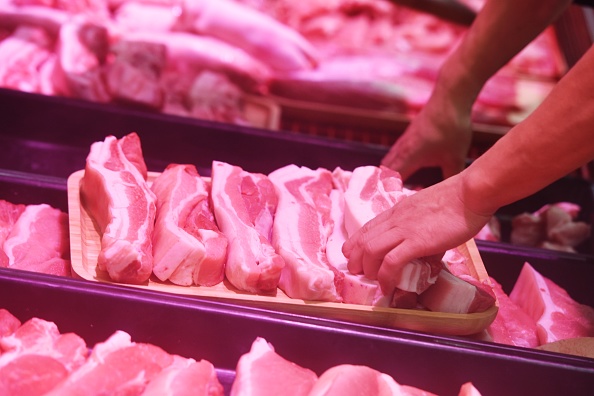 (Photo : Long Wei/VCG via Getty Images)
CDC and USDA released have started investigating the salmonella outbreak in at least 17 states across the United States.

In a recently published article in FOX News, two salmonella outbreaks linked to Italian-style meats are being investigated by the Centers for Disease Control and Prevention, the United States Department of Agriculture's Food Safety and Inspection Service, and public health and regulatory authorities in multiple states.

Before becoming ill, people in both outbreaks reported eating salami, prosciutto, and other meats found on antipasto or charcuterie platters. Investigators are trying to figure out which items are tainted and whether the two incidents are connected to the same food supply.

According to an article published on the website of the Centers for Disease Control and Prevention, as of Aug. 24, the two salmonella outbreaks spread to at least 17 states, resulting in 36 illnesses and 12 hospitalizations. However, it is suspected that there are more unreported cases related to the outbreak.

Who Are at High Risk and What are the Symptoms?

If you are 65 years old or older, have a health condition, or use medications that reduce your body's capacity to fight germs, you are at high risk for severe Salmonella infection, according to the CDC. Salmonella is also more likely to cause severe illness in children under the age of five, according to a report published in The Denver Channel.

People who experienced the illness have the following symptoms:

Washington, California, Nevada, Utah, Colorado, Arizona, Minnesota, Wisconsin, Michigan, Illinois, Indiana, Ohio, Maryland, and Virginia are among the states affected by the initial outbreak. The sickness began on May 30, 2021, and ended on July 27, 2021. Sick individuals vary in age from 4 to 91 years old, with a median age of 44 and a male-to-female ratio of 67 percent. Nine individuals have been hospitalized out of the 21 people for whom information is available.

Meanwhile, 13 individuals from seven states have been affected by the second outbreak, including Washington, Oregon, California, Arizona, Texas, Minnesota, and New York. The sickness began to spread on May 9, 2021, and ended on June 24, 2021. Sick individuals vary in age from 1 to 74 years old, with a median age of 41 years old and a male-to-female ratio of 31 percent. Three of the ten individuals for whom information is available have been hospitalized.

Furthermore, due to the fact that many individuals recover without medical treatment and are not tested for salmonella, the actual number of sick persons is likely greater than reported; and outbreaks may not be confined to states with documented infections. Determining if a sick individual is part of an outbreak may take three to four weeks, according to a report published in WTTW News.