Will You Get $1,600 Surprise Refunds from IRS? Here's Who Qualify

If you earned unemployment benefits last year, the IRS may surprise you with a $1,600 return this week. 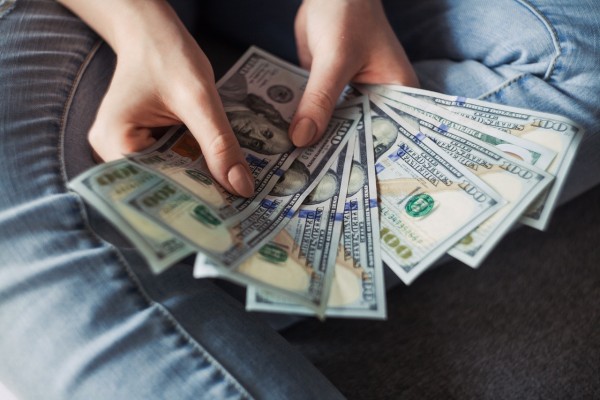 In a recently published article in News Nation Now, the Internal Revenue Service said on Wednesday that additional 1.5 million taxpayers would get refunds totaling more than $1,600 as a result of changes to previously filed income tax returns due to unemployment benefits.

Direct deposit refunds began on July 28, and paper check reimbursements will begin on Friday. This is the fourth time the unemployment compensation exclusion clause has resulted in a refund. Since May, the IRS has given over 8 million refunds totaling more than $10 billion in jobless compensation. To get their refund, the majority of eligible taxpayers will not need to take any action.

IRS said in a statement earlier this month "To ease the burden on taxpayers, the IRS has been reviewing the Forms 1040 and 1040SR that was filed before the law's enactment to identify those people who are due an adjustment," according to a published article in WGN-TV.

Will You Get a Surprise Refund?

If you declared unemployment income on your 2020 federal tax return and submitted it with the IRS before March 11, this is something you should be concerned about. President Biden signed the stimulus legislation referred to above, the so-called American Rescue Plan, on March 11, by the way.

In a recently published article in MSN News, when a person receives unemployment benefits, the IRS usually considers it taxable income the following year. The American Rescue Plan, on the other hand, contained a clause that exempted certain 2020 unemployment payments from taxes.

However, this meant that the IRS would have to go back and review millions of tax returns. Those who reported too much unemployment income had to have their taxes recalculated by the IRS. As the recalculations are done, new IRS refunds are being paid out.

8.7 Million Refunds Has Been Released

In all, 8.7 million refunds had been issued, totaling more than $10 billion. The IRS said the process will continue throughout the summer, with additional changes and refunds expected. Also worth noting, the IRS claims to have modified approximately 1.7 million tax files in this current wave of recalculations. A total of 1.5 million people received a refund from the IRS.

According to the IRS, taxpayers will typically get letters from the agency within 30 days after the adjustment notifying them of the kind of adjustment made, such as a refund, payment of an IRS debt, or payment offset for other permitted debts, as well as the amount of the adjustment.

This is the fourth batch of IRS refunds since the March 11 stimulus legislation was enacted. Taxpayers are also not required to take any action to receive one of these refunds.

Any single or married person with a modified adjusted gross income of more than $150,000 is not eligible for the tax exemption, according to the IRS "not all changes will result in a refund," the agency said. If a taxpayer is now entitled to deductions or credits not claimed on their initial return, they may need to submit an updated return.

Related Article: IRS Sends Out Another Batch of $1,400 Stimulus Checks, Who Are Getting the Payments?