Joe Biden First Address: Critical Issues That Are Not Discussed

President Biden made several ambitious ideas in his first speech to a joint session of Congress on Wednesday, but he left out a host of contentious topics, according to The Hill.

These issues are the cancellation of student debt loans, filibuster reform, the increasing number of refugees at the Southern Border, the hot stock market, and his proposal to increase the Supreme Court seats.

All these have been under debate among lawmakers and have further set apart the Republicans and Democrats. It even created a gap among the Democratic lawmakers, especially Biden's immigration policy and proposed infrastructure bill. However, Biden failed to take up these issues during his first address. 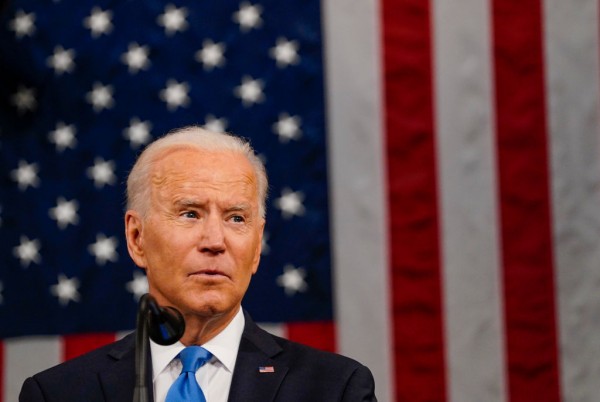 Important Issues Biden Did Not Mention

According to a recently published article on FiveThirtyEight, advocates who have prioritized canceling $50,000 in student loan debt were disappointed when Biden made no mention of a problem they believed is critical.

Although Biden works with progressives on various issues ranging from pro-union policy to climate change, he disagrees with Senate Majority Leader Charles Schumer on loan repayment. Biden advocates loan relief of up to $10,000, but he did not discuss it in his speech on Wednesday.

Student loan cancellation, according to advocates, is primarily a racial justice problem. According to figures from the American Civil Liberties Union, Black households are more likely to borrow at higher rates. The average Black family borrowers already owe 95 percent of their debt after 20 years.

Biden also failed to discuss refugee resettlement, despite the demands from Senate Democrats to raise the number of refugees admitted to the United States, as reported on CNBC News.

The president addressed immigration reform and urged Congress to pass legislation that would include a road to legalization for certain undocumented immigrants, but he did not discuss refugees.

The White House initially said it would maintain the 15,000-person cap established by former President Donald Trump but has since retracted that statement and instead stated that it would release its decision by May 15.

During the referendum, Biden promised to lift the ceiling to 125,000 and then raise it again over time, but in February, he proposed lowering it to 62,500 for the fiscal year 2021.

The absence of any further discussion of the judicial branch was conspicuous because Biden declared earlier this month that he would form a committee to explore extending the Supreme Court, which is another priority for progressives. Republicans are vehemently opposed to what they call "court-packing," or the addition of seats to the Supreme Court.