Russia to Expel 10 US Diplomats in Response to Biden's Sanction

Russia announced on Friday that they would expel 10 U.S. diplomats as a response to the sanction made by U.S. Pres. Joe Biden. 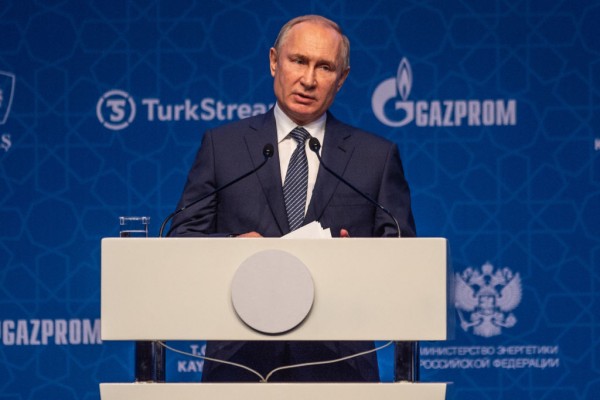 Russian Foreign Minister Sergey Lavrov said that Moscow would add eight US officials to its sanctions list and take steps to limit and prevent U.S. nongovernmental organizations from engaging in Russian politics, according to a published article in the USA Today.

He said that the Kremlin indicated that the U.S. Ambassador John Sullivan, as his Russian counterpart, returns home for meetings. Russia will also take steps not to allow the U.S. embassy in the country to hire personnel from Russia or support staff from third countries.

In a recently published article in the Associated Press, the recent move of the Russian government is a form of response to the sanctions given by the Biden administration. It can be remembered that Biden sanctioned 10 Russian diplomats and has sanctioned more than three dozen individuals and companies.

Impact of the Sanctions

While the new US sanctions restricted Russia's ability to borrow money further by excluding US financial institutions from purchasing Russian government bonds directly from state institutions, they did not target the secondary market, according to a published report The Washington Post.

Tom Adshead, director of research at Macro-Advisory Ltd, said "It's very important that there're no sanctions on secondary debt because that means that non-U.S. persons can buy the debt and sell it to the U.S. persons.

Rising sanctions may inevitably force Russia into a corner, provoking yet more Kremlin actions, such as a possible escalation in Ukraine, which has recently seen an increase in clashes with Russia-backed separatists in the east and a major Russian troop mobilization across the border.

Shared Interest of Russia and U.S.

Despite rising tensions, Russia and the United States have common interests in a number of global hotspots. For example, Moscow is concerned that unrest in Afghanistan will spread to former Soviet republics in Central Asia, and it is involved in reaching a political settlement there.

Despite its warm relations with Tehran, Moscow would not want to see Iran develop nuclear weapons. According to Lukyanov, Russia will not attempt to use global hot spots to harm the US and will instead watch as they erode US dominance.

He said "It's not a matter of playing the spoiler here or there. he ongoing developments will help accelerate the process of consolidation of leading powers against the U.S. domination."

What Biden Told on His Call With Putin?

President Joe Biden called for a de-escalation of tensions and said he was open to working with Russia in certain ways. Biden said in a phone call with Putin on Tuesday that he opted not to enforce harsher sanctions for the time being and suggested meeting in a third world in the future.

The call comes as the West expresses alarm about an increase in cease-fire breaches in eastern Ukraine, where Russia-backed rebels and Ukrainian forces have been at odds since Moscow's seizure of Ukraine's Crimean Peninsula in 2014.