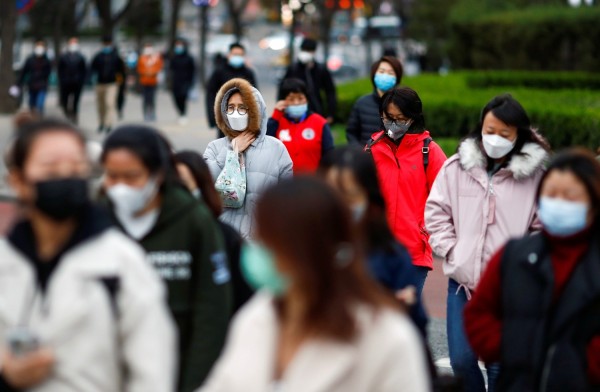 Digging into the Coronavirus mystery, Investigators are one step closer to unearthing the identity of 'patient zero.'

Linked back to a Chinese wet market, a seafood merchant in Wuhan, China is believed to be the first person diagnosed with COVID-19 as alleged documents leaked.

Working in Wuhan, the 57-year-old Wei Guixian is the first recorded person to be infected with COVID-19 as claimed by China's The Paper, according to Daily Mail.

On December 10, the 57-year old Wei started to feel sick, thinking she might have the flu, she went to a local clinic wherein she was given some pills and after it, she went back selling live shrimp at the wet market.

A week after, Wei found herself in a Chinese hospital bed, barely conscious and clinging to life.

Entire countries across the world had been put on lockdown two months after Wei's doctor visit, resulting in financial markets to free-fall and on Thursday, the global figure of infected persons with coronavirus surpassed the 500,000 mark.

Forbidden by Chinese authorities to warn the public and their colleagues about what damage the virus could cause, Wei and others can do nothing as their doctors continue to struggle tracing Wei and other early cases of COVID-19 but the doctors were able to link the 24 out of 27 earliest patients of the virus and quarantined them.

Read also: Coronavirus Most Infectious in First Week of Symptoms, So Stay Home!

Suffering from flu everyday , Wei shared that she initially thought that she had a simple case of influenza but compared to the previous years, she felt that it is the worst flu she had for years.

The 57-year-old Wei continued to sell seafood at the wet market despite her illness and take some pills after visiting a local clinic for a check-up hoping to feel better but it only worsened the symptoms that Wei's experiencing.

Despite not having enough strength or energy, Wei forced herself to go to the second medical 0 but Wei mentioned that the doctor at The Eleventh hospital could not figure out what was wrong with her and after taking the pills that were given to her by the doctor, she felt a lot worse and very uncomfortable.

On December 16, checked in at Wuhan Union Hospital, Wei found herself surrounded by doctors at the city's largest hospital and it was there that she found out what she had as doctors informed her that she had a 'ruthless' illness as several others from the area also have.

Unlike many people who suffered from the virus, Wei survived and currently recovers from COVID-19.

Though she is not patient zero, Wei is the first person to be tested positive for the coronavirus in the Wuhan market which is tagged as the epicenter of the pandemic crisis.

Other sources also believed that the first known case of coronavirus is a patient in his 70s, bed-bounded, the man has no connection to the seafood market where the survivor Wei is working.

However, investigators still do not believe that either Wei or the septuagenarian is patient zero. But believe that the first COVID-19 victim may have been mingling with the public weeks before the outbreak.

As of the moment, Wei is one of more than 73,000 Chinese citizens who recovered in epicenter China and 113,000 persons across the globe.