Nine Doctors Fall Amid the COVID-19 Battle in the Philippines 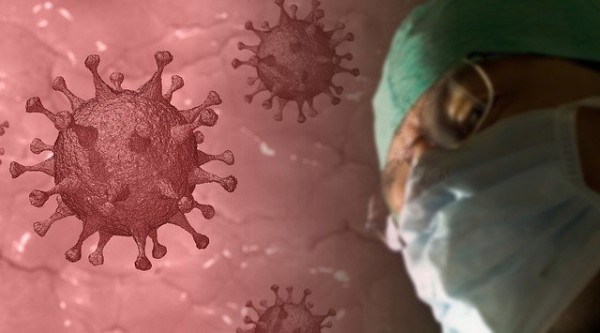 (Photo : Pixabay/Tumisu)
Nine doctors died in the Philippines due to Coronavirus.

The coronavirus pandemic has taken a toll on the Philippines' healthcare system as nine doctors from the country has succumbed to the virus as of Thursday.

The nine fallen doctors were:

Fear of the deadly virus in the country heightened after the Philippine Medical Association announced the death of the doctors, saying that it is mainly because of the lack of protection in the front lines.

Moreover, the death of the doctors has also had people speculating that the outbreak in the country may be much worse than what is being publicly reported since the current death toll in the country is only at 45.

The country's premier medical association also expressed that doctors should be prioritized in testing the virus as they can be carriers themselves and may infect patients who come to them for help.

Meanwhile, the former Assistant Secretary-General of PMA, Dr. Dennis de Guzman expressed his sadness about the deaths of the doctors who died in the battle against the virus. He also pleaded to the national government to help them because aside from the deaths there are already many doctors who are in intensive care.

He further added that despite the grief that the medical community is facing in the country, it is part of their responsibilities as doctors to help even when they put themselves at risk.

Meanwhile, the country's Department of Health is also investigating the death of a young cardiologist who was reportedly infected because a patient lied about their medical condition and history of travel or exposure to COVID-19.

During a press conference, the Philippine's Health Undersecretary Maria Rosario Vergeire reminded the public to always be honest in disclosing their information to healthcare workers in order to avoid things like this to happen again.

On Wednesday, three large hospitals in the coutnry's capital Manila have already announced that they already have reached full capacity and will no longer be accepting new coronavirus cases. Also, hundreds of medical staff are no longer accepting patients since they are also undergoing 14-day self-quarantines after suspectedly being exposed to the virus.

With a population of 104.9 million, less than 2,000 people have received the tests in the Philippines. The testing kits were supposedly reserved for those with severe symptoms, those who are considered vulnerable to the virus including the elderly, those with life-threatening conditions and pregnant women.

However, there has been a lot of outrage in the country as some of its government officials who are not considered PUIs or do not belong to the high-risk demographic have already had tested despite the lack of kits.

As of March 26, the COVID-19 cases in the Philippines has already reached 707 and their death toll is at 45, including the nine doctors.