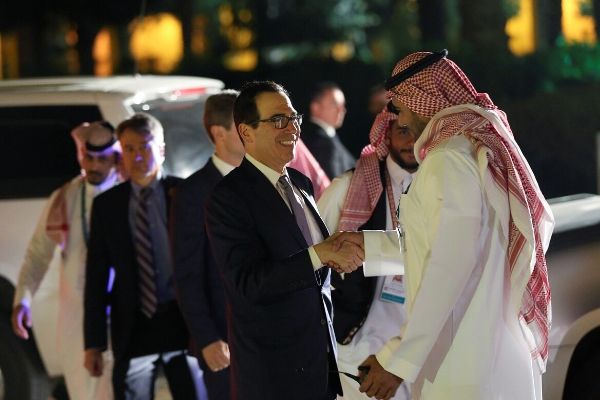 This coming G20 Summit, climate change is major concern due to its impact to all nations. Dealing with it will address the problems needed to add environment, but the U.S. keep dodging the issue.

In Riyadh at Saudi Arabia, officials from the worlds' richest nations at the G20 Summit in 2020 will have climate changes as the topic to be discussed for the first time by the administration of President Donald Trump. Despite the urgency of the environment, the U.S. did not call it a major risk.

The United States did not acknowledge the risk of worsening environmental debacle as a great risk to economic growth. Most of the nations agreed that the environment is an important concern, but they did not make it a major concern. Some reference the Financial Stability Board's work the impact of a sound environment to financial stability.

U.S. Treasury Secretary Steven Mnuchin did not emphasize the role of the term used, it is a 'purely factual' reference to current work done the FSB on climate change. Some G20 respondents said there has been progress in dealing with the dangers of climate change.

" I did not bend to pressure from the Europeans," Mnuchin remarked. He told the reporters after communique, he was not pleased with the actuation of one reporter.

The Saudi finance Minister Mohammed al-Jadaann for the summit meeting in Riyadh said that climate change is a major concern for the Saudi G20 presidency agenda. There are talks about the 'financial risk' that are connected to the issue.

Climate and environmental protection will be part of the ministerial meetings and technical groups all year round, according to the Saudi minister.

U.S. officials have avoided concerns about climate change that is a threat to the economy, from the time President Trump began in 2017. His first official act as POTUS (President of the United States) was to rescind the Paris Climate Accord, signed into by another U.S. administration.

G20 diplomatic sources revealed a compromise over this weekend, after the Americans did not agree with some points, saying that economics are related to keeping a sound pro-active environment policy.

In the final version of the communique text, climate change and environmental concerns were removed from the leading paragraph. The only mentioning of the term 'climate concerns' is done by the FSB as an excerpt.

The communique from G20 states that "mobilizing sustainable finance and strengthening financial inclusion is important for global growth and stability. The FSB is examining the financial stability implications of climate change."

An additional part of the agenda is the participation of the private sector and the utmost transparency in this concern.

The G20 finance ministers and from central banks were in Riyadh on Saturday or Sunday, with economic challenges and the spreading coronavirus contagion.

Climate changes continue to impact countries and their economies have put pressure on advocate reduced carbon emissions that will be part of the Saturday and Sunday talks that will be taken ahead of the United Nations climate talks.

One report issued by the world's financial services sector is that over a $1 trillion will be the losses if there is a failure to address climate change, and paying extra for an excess carbon tax.

Addressing the problems of climate change in the G20 Summit is a grave concern with environmental problems on the rise.

Related article: Is a Trade War Looming Between U.S. and India?