Biogen medicine authorized by the U.S. FDA despite concerns about whether it slows the growth of a memory-robbing condition. 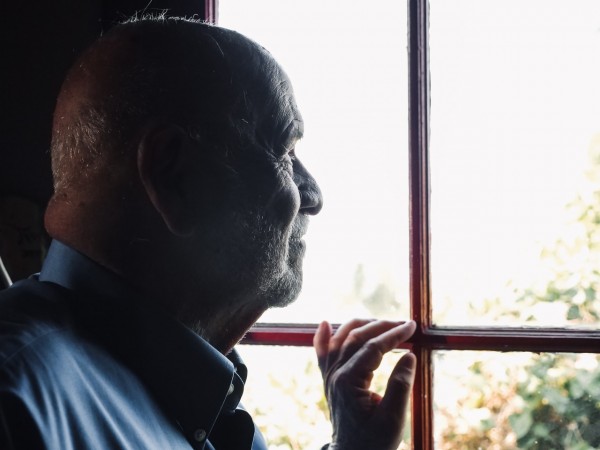 (Photo : Pexels/Kindel Media)
An old man with Alzheimer's disease staring at the window.

Alzheimer's disease is one of the most known causes of death in the U.S. According to the Centers for Disease Control and Prevention, around 5.8 million Americans were living with Alzheimer's in 2020.

The disease is also the most common type of dementia and the number of people living with this disease doubles every five years beyond the age of 65 or older people. In fact, younger people may also get Alzheimer's disease but it is less common.

It is a gradual condition that begins with minor memory loss and may proceed to loss of capacity to converse and react to the surroundings. Alzheimer's disease affects brain regions that govern cognition, memory, and language. It may substantially impair a person's ability to carry out everyday tasks.

New Drug for Alzheimer's Disease After Two Decades of Research

The Food and Drug Administration authorized a high-profile Alzheimer's medicine on Monday, in a contentious decision to authorize the first new drug to halt the mind-robbing illness in two decades, according to a published article in MSN News.

Meanwhile, In justifying its decision, the US Food and Drug Administration said that scientific data revealed Aduhelm decreases a sticky material in the brain called amyloid, which is related to Alzheimer's disease and is likely to help patients, according to a published report in The Wall Street Journal.

How Much Does Biogen's Alzheimer Drug Cost?

Biogen said that the list price for therapy for a person of average weight would be $4,312 - a price that would reach roughly $56,000 per year before insurance, according to a recently published article in CNBC News.

However, President and CEO of the Alzheimer's Association Harry Johns said his group would concentrate on ensuring that qualified people have access to the medicine and that Medicare and private insurance fund testing and treatment seems the treatment is expensive.

According to Johns, the approval is the result of years of work to support research into novel medicines to stem the devastating march of Alzheimer's and other kinds of dementia. According to the association, around 6.2 million Americans are affected by Alzheimer's disease.

How the Drug Works

The medication is a monoclonal antibody that removes amyloid beta from the brain. Plaques generated by these protein deposits in the brains of Alzheimer's sufferers, according to scientists, destroy brain cells and cause cognitive impairment.

However, pharmaceuticals firms have spent billions of dollars on medications that target or eliminate amyloid, but the medications have yet to be demonstrated to slow memory and thinking issues.

According to the FDA, Aduhelm's approval is predicated on a "surrogate endpoint" demonstrating the medicine efficiently cleared amyloid plaque from the brain. This kind of endpoint predicts but does not assess whether the medicine will reduce memory or cognitive loss.

It is also important to note that Biogen will be obliged to perform a post-approval study to ensure the drug's effectiveness and to check for recognized adverse effects such as brain enlargement. If the research fails to demonstrate the drug's clinical benefit, the FDA may withdraw it from the market.

How to Set Up a Proxy on Mac