Bill Gates' Children Inheritance: Here's How Much Each Children Will Get After the Divorce

Bill Gates is one of the wealthiest persons in the world. He is a well-known tech-mogul and has amassed most of his wealth in Microsoft. At present, his net worth is estimated to be around $130 billion, according to a published article in FOX News.

Bill Gates announced that he plans to leave his three children, Jennifer, 25; Rory, 21; and Phoebe, 18, $10 million each. The tech-mogul said, "I definitely think leaving kids massive amounts of money is not a favor to them. Some people disagree with this but Melinda and I feel good about it."

However, divorce experts say Melinda Gates' blockbuster divorce filing indicated that she is attempting to alter her three children's inheritance even though her estranged husband, Bill Gates, has previously stated that he would leave them just $10 million each, according to a published article in Yahoo News. 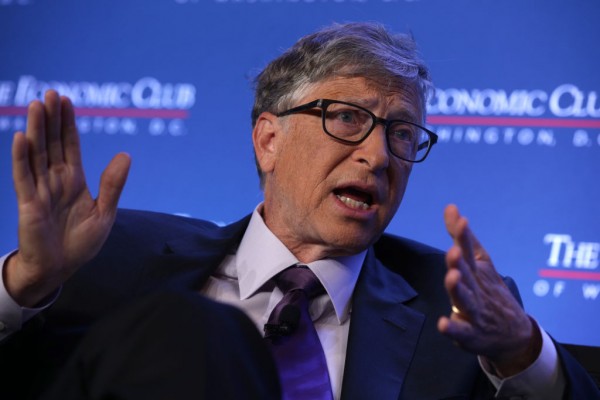 (Photo : Alex Wong/Getty Images)
Microsoft principle founder Bill Gates participates in a discussion during a luncheon of the Economic Club.

According to experts, Melinda Gates has taken the unprecedented step of appointing top trust and estate attorneys as her representatives in her divorce filing, in addition to the normal matrimonial legal eagles.

A recently published article in the Billionaires Press reported that Melinda Gates has "well-known trust and estate lawyers involved in the case," according to high-profile divorce attorneys Harriet Newman Cohen and Martha Cohen Stine, and it's "most rare for trust and estate lawyers' names to be identified on a divorce filing."

Melinda Gates stated in her divorce filing that a separation agreement was in place, and sources claimed that if the terms of the couple's inheritance are not specified in the agreement, either party will alter the sum their children inherit. In most cases, such separation arrangements do not mention inheritance.

Melinda Gates Has Been Meeting With Lawyers Since 2019

However, she has also named Paul Weiss estate planning attorney Loretta Ippolito and the firm's Bruce Birenboim, who has represented Citigroup and the NFL. According to reports, she has been working with lawyers since 2019.

According to Newman Cohen and Cohen Stine, Melinda Gates' decision to divorce and possibly change her children's inheritance follows a trend of female empowerment increasingly articulated by the philanthropist.

Jennifer, Bill and Melinda Gates' daughter, posted a sweet Instagram photo with her father last week after the divorce was filed. On Mother's Day, she also posted a photo of herself with her mother and younger siblings with the caption, "Our queen, hero, and mom-every day."

Bill and Melinda Gates announced their divorce on May 3, saying in a joint statement, "After a great deal of consideration and a lot of work on our relationship, we have made the decision to end our marriage."