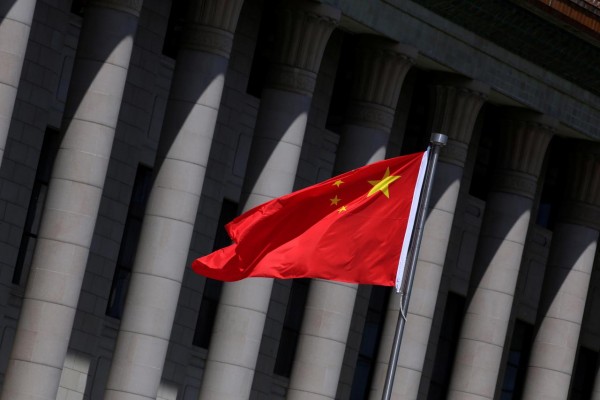 (Photo : REUTERS/Jason Lee)
FILE PHOTO: A Chinese flag flutters in front of the Great Hall of the People in Beijing, China, May 27, 2019.

Five major Chinese media organizations have been classified by the United States as extensions of the Chinese government. US officials described the media companies as part of the Beijing government's growing propaganda.

This means that in accordance with the Foreign Missions Act, these Chinese outlets will need US government approval before they can lease or purchase any property. They will able required to submit a list of all their employees and register all their personnel to the State Department just like what foreign diplomatic missions do.

The State Department officials stated that they informed the media outlets of these new rules during the announcement of the designation change. They also described the Chinese media as a tool of the Chinese government since Xi Jinping was sworn into office in 2013.

According to The Guardian, a state official, who did not want to be named, told reporters that there is no dispute in saying that all the five media entities play a part in the Chinese party-state propaganda as news apparatus who take orders directly from the top.

Furthermore, he said that whilst, it is known that the media outlets have been controlled by the state since the beginning, the control has just gotten stronger over time and it has become more aggressive.

He also said that they are mindful that China would retaliate on the action but said that this will not affect the condition of Chinese journalists in the US and that they can still enjoy their journalistic freedom. This is despite the severe restrictions that western journalists suffer inside the People's Republic of China.

Previously, the US justice system has also pushed Chinese media outlets to register as foreign agents under a separate regulation which required them to file detailed reports of their activities. Although some of the outlets have complied with the Foreign Agents registration act, there has been a complaint from lawmakers last month that Xinhua news questioned the government's enforcement powers and failed to follow through with the requirements.

These implementations, however, did not go through without any criticism. The Committee to Protect Journalists has expressed their unease over the foreign agent registration, and said that the US government should not be the judge whether media outlets are part of propaganda.

The administration of U.S. President Donald Trump has increased the pressure on China in several areas. Aside from the media outlets, the Trump administration also raised tariffs in a trade war, and have openly criticized Beijing's incarceration of more than one million Uighur Muslims.

In December 2017, the U.S. administration has issued a warning saying that rivals of the U.S. will continue to use propaganda to try to discredit democracy. Hence, this is their move to alleviate the alleged propaganda.

Related article: China to Grant Tariff Exemptions on US Goods, Amid Coronavirus Outbreak