COVID-19 Origin: WHO Warns that Investigation May Come to an End; China Still Refuse to Share Data

The World Health Organization gathered a group of foreign experts on Wednesday and warned that the window for identifying the source of COVID-19 is narrowing. 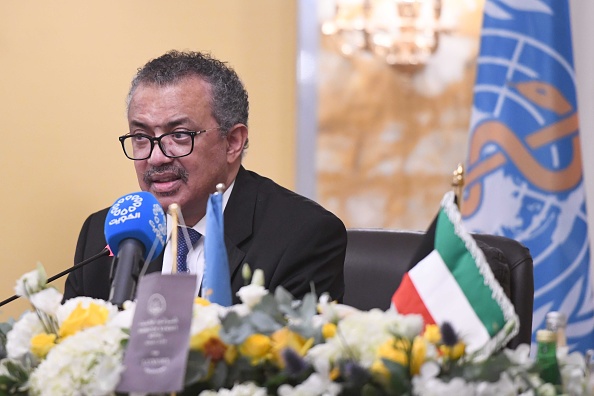 (Photo : Xinhua via Getty Images)
A team of experts and scientists said that the window in discovering the origin of COVID-19 is closing as China continues not to share data.

Progress of the Investigation Stalled

In a recently published article in MSN News, the scientists convened by the WHO said that the window of opportunity for completing this critical investigation is rapidly closing, and any delay will make some of the investigations physiologically impossible to undertake.

The team also added that understanding the causes of a catastrophic pandemic is a science-based worldwide goal. The investigation has come to a halt, and the Chinese team has been and continues to be hesitant to provide raw data, according to the report.

The hunt for the origin of COVID-19 has reached a critical juncture. They did remark, however, that both the WHO international team and the Chinese team are ready to go ahead, according to a recently published news article in The Washington Post.

Concerns and Priorities of the Scientists

Doctor Marion Koopmans and her WHO-recruited colleagues outlined a number of research priorities, including conducting larger antibody surveys to identify areas where COVID-19 was spreading undetected, both in China and elsewhere, testing wild bats and farm-raised animals as potential virus reservoirs, and following up on any credible new leads, according to an article published in ABC News.

Other experts believe that the optimum time to gather samples was during the first few weeks after some of the first human cases were connected to a Wuhan seafood market. Hundreds of environmental samples were gathered by Chinese researchers shortly after the coronavirus was discovered although it is unknown how many humans or animals were examined.

Professor Boni believes that by looking for similarly comparable viruses in raccoon dogs, mink, or ground squirrels, scientists may be able to identify COVID-19's animal origins. However, he estimated that doing the required comprehensive research would take approximately five years.

China Suggests that the Study Should Be Pursued in Other Countries

The search for COVID-19's origins has turned into a bitter point of contention between the United States and China, with an increasing number of American experts calling for an investigation into two Wuhan laboratories near the seafood market, which China has flatly rejected and branded "scapegoating."

Officials in China stated on Wednesday that they should focus on other potential paths that may assist in tracing the origin of COVID-19 and that investigations in other countries should be undertaken, according to a published report in 4029 TV.

Although it was a "shame" that the hunt for COVID-19's origins had stopped, Fu Cong, a director-general in China's Foreign Ministry, acknowledged that it wasn't China's responsibility. He said that China has always supported science-based origin tracing initiatives and would continue to do so in the future.

He accused the United States of "hyping the lab leak hypothesis" in order to transfer responsibility to China, and he said the coronavirus might be connected to high-level American research laboratories, proposing the U.S. allow WHO to examine some of its facilities.

Related Article: US Slams China for Not Cooperating in COVID-19 Origin Probe, Reminds Its Shortcomings in Early Days