Taliban Allows High Schools To Reopen for Boys; Signs of Ministry of Women Affairs Replaced With Ministry of Virtue and Vice

Afghan schools will reopen for males on Saturday, according to a statement from the Taliban's new ministry of education, which provided no indication of when girls will be allowed to return to their courses. 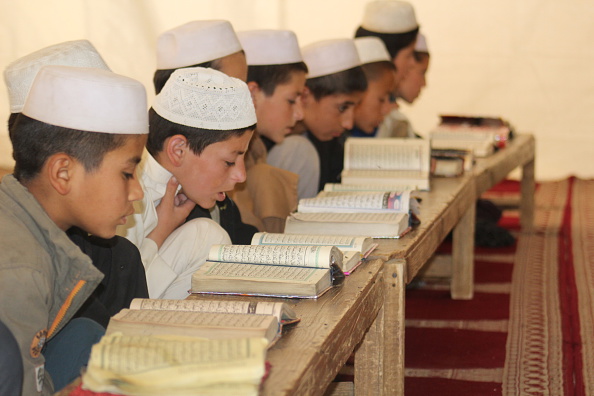 (Photo : Mohammad Sharif Shayeq/NurPhoto via Getty Images)
Afghan men are now allowed to attend high schools in Afghanistan but education minister made no mention of women.

Reopening of Public and Private Schools in Afghanistan

In a recently published article in The Washington Post, following the Taliban's return to power in Kabul and throughout Afghanistan, the organization issued a statement Friday ordering authorities to supervise the reopening of madrassas, private and public schools, and other academic institutions of the nation on Saturday - at least for middle and high school males. Girls were not mentioned in the statement.

Although the statement did not specifically mention high school females, several Afghans saw their absence as significant. On social media, the news was greeted with anger, criticism, and bewilderment. The announcement reads that "All male students and male teachers must be present at their schools."

Some elementary schools have already started in Afghanistan, with females as young as sixth grade enrolled. Female students have also attended university courses. Taliban spokesman Bilal Karimi informed a news source that he was unaware of any decision by the Education Ministry to open schools for males while keeping them closed for girls, according to a published article in Reuters.

Furthermore, women will be permitted to enroll at universities and postgraduate programs, according to Acting Minister of Higher Education Abdul Baqi Haqqani. Still, he stressed that they would not be able to study in the same classroom since coeducation is against sharia law.

Afghan workmen were seen removing the women's ministry sign and replacing it with a new sign that said "Ministries of Prayer and Guidance and the Promotion of Virtue and Prevention of Vice" in Dari and Arabic, according to a published article in Stuff.

Needless to say, girls' schools were closed, and women were barred from working under the Taliban's previous reign, which lasted from 1996 to 2001. Many women who went alone in public places were assaulted. The moral police enforced the group's strict interpretation of sharia law, including a restrictive clothing code and public executions for moral offenses.

Afghan Women Not Included in the Interim Government

Women have been losing their positions in public areas as the Taliban has structured its administration. In the Taliban's caretaker government, no women were appointed. Despite statements by top Taliban leaders, including spokesperson Zabihullah Mujahid, that women will ultimately be asked to return to work, women have yet to do so.

Afghan women have gone to the streets in rare public protests against the Taliban's restrictions on women's ability to work and pursue education in recent weeks throughout the country's main cities. Many women see the Taliban's pledges to safeguard women's civil rights as hollow promises, and they are demanding urgent action to protect the privileges they have enjoyed for the last two decades.