A group of scientists headed by Northwestern University issued the harsh warning on Thursday, fearing that hotter, more acidic surfaces would make the planet's seas less suitable for marine life. 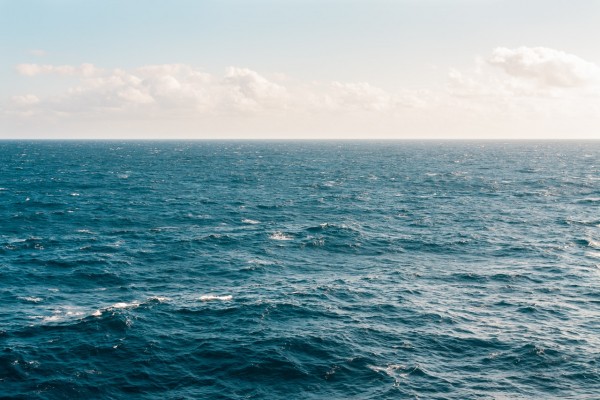 In a recently published article in MSN News, according to a recent research, climate change is generating unprecedented warming and acidity of Earth's seas, which may affect up to 95 percent of the planet's surface by the end of the century.

The researchers used global ocean climate models to run two emissions scenarios: one with a peak of greenhouse gas emissions by 2050 but a gradual decline for the remainder of the century and the other is a business as usual approach, with emissions rising steadily for the following 80 years.

The first scenario predicted that 36 percent of present ocean surface conditions would persist throughout the twentieth century but would vanish by 2100. The extreme case, on the other hand, raises the surface quantity to a frightening 95 percent, according to a published article in iNewsly Media.

The rates of change in atmospheric CO2 during the last century have been two to three orders of magnitude greater than most of the changes observed in the previous 420,000 to 300 million years, implying that many existing species may be facing a unique challenge, according to an article published in Nature.

Researchers said that because of the fast pace of environmental change, significant parts of the Earth's ocean may experience climates not seen before 'novel climates,' and certain twentieth-century climates may vanish by the end of the twenty-first century.

Furthermore, the term "ocean surface climates" relates to the temperature, acidity, and concentration of the mineral aragonite, which is a high-pressure calcium carbonate polymorph. The mineral is used by many marine creatures to make bones and shells, and it is necessary for the survival of the overwhelming majority of sea life.

By RCP 4.5, these changes are expected to grow greater between 2000 and 2100, and severe under RCP 8.5. The current undersaturated and low pH conditions in the Arctic are expected to become increasingly frequent at temperate latitudes in the northern hemisphere by the end of the century.

However, under RCP 8.5 predictions, there is virtually no overlap between present and future climatic envelopes throughout all latitudes in the southern hemisphere. Closer-to-the-surface marine species are responding to climate change by migrating to other seas to avoid warmer waters, but the research indicates that their choices will be restricted in the future owing to near-uniform warming and acidity, according to whatsnew2day.

Lotterhos said that, as a result of the warmer seas, numerous marine animals have changed their ranges. Over the next several decades, the communities of species present in one location will continue to move and change quickly. She also said that governments must keep an eye on potential changes in the behavior of marine surface species.