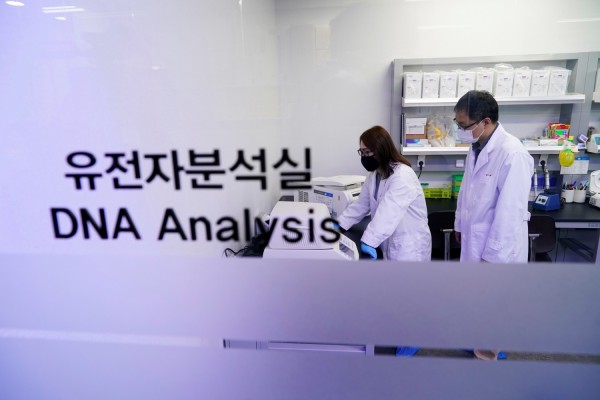 Within a three-mile radius from a wild animal market identified as the epicenter of the COVID-19 pandemic, Chinese government researchers carried out scientific work and isolated more than 2,000 new viruses including deadly bat coronaviruses.

In recent months, Chinese state media outlets applauded the virus research by Tian Junhua, the leader in bat virus work and a key researcher in Wuhan.

While its origin remains to be a mystery and infecting hundreds of thousands of people globally, the coronavirus strain is believed to have infected animals and people at a wild animal market in Wuhan.

Information about the extensive Chinese research on bat viruses fueled more calls for Beijing to make the research publicly accessible.

Texas Republican and ranking member of the House Foreign Affairs Committee, Rep. Michael T. McCaul claims that China should be held accountable for the pandemic and for orchestrating one of the worst cover-ups in human history.

Read also: Blood Plasma From COVID-19 Survivors Can Be Used to Fight Infection

Funded by the Chinese government, a video of Mr. Tian inside the caves in Hubei province taking samples from captured bats while storing them in vials circulated online in December.

Stating the importance of his work, Mr. Tian pointed out that even if he is not a doctor he works to cure and save people, and even he is not a soldier he works to safeguard an invisible national defense line.

Within the area of the national center of bat virus research of China, Wuhan's Huanan Seafood Wholesale Market is the place where the virus most likely spread from wild animals to people as stated by Chinese Officials.

After a harsh crackdown on travel and street activity imposed in late January, Wuhan is currently stirring back to life as the city's bus, train systems, and subway started to run again over the weekend. Shops in the downtown areas were operating with restrictions on Monday with the small number of customers.

Despite the connection of the wild animal markets to the pandemic, British news accounts reported that over the weekend some stalls of wet wild animal markets reopened and continued slaughtering small animals at the site. They also resumed questionable selling of bats and scorpions once again.

Despite the exploration done, Chinese officials refused to give out samples of its coronavirus strains to U.S. researchers shortly after the outbreak became public and closed Wuhan's doors for international disease specialists for weeks.

Working with the Bats

The seven-minute Chinese film, "Youth in the Wild -Invisible Defender" records researchers engaged in casual handling of bats containing deadly virus boasts that China has taken the lead in worldwide virus research after uncovering more than 2,000 viruses in the last 12 years, the span since the outbreak of the bat-origin virus that caused severe acute respiratory syndrome (SARS).

The culprit of the current pandemic is SARS-CoV-2 which is also can be traced from bats.

In the past 200 years, researchers found an estimated 2,284 types of viruses prior to China's discoveries.

Revealed by Chinese media outlets, Mr. Tian once failed to wear protective gear during an exploration resulting to contact with bat urine and to avoid contracting a disease, Tian self-quarantined for 14 days, the same time frame for persons exposed to the new COVID-19 strain.