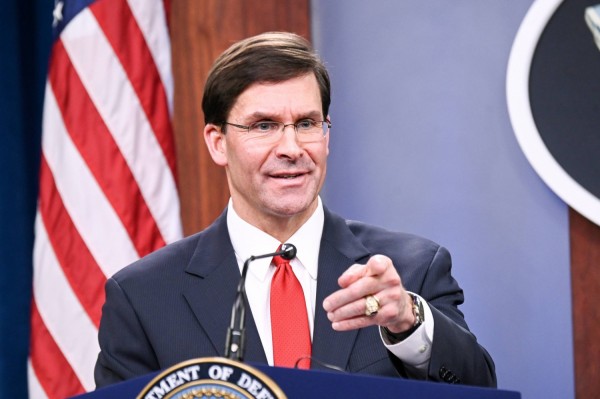 The United States and Russia simulated a "limited" nuclear exchange in a military exercise that was conducted last week according to a senior official from Pentagon.

Dubbing it as a "war game," the event was notable due to the fact that the U.S. Military and Department of Defense briefed the media of the details to prove the notion that a battle with nuclear weapons is possible to fight and win, without leading to a conflict that might end the world.

The aforementioned exercise was done only weeks after the US.. released the new low-yield submarine warhead that President Donald Trump commissioned which intends to deter the use and counter Russian tactical weapons.

As stated in a transcript of the background briefing done by officials of the Pentagon, American Defense Secretary Mark Esper participated in a "mini-exercise" that was held at the US Strategic Command in Nebraska. Esper took part in a simulation that depicted Russia launching an attack in a US target in Europe.

The senior official said that the simulation was of a scenario of a war against Russia and Russia decided to use a low-yield nuclear weapon against a base on Nato territory and that they also simulated a contingency plan in case of that. It is also simulated how conversations would go with the defense secretary and the president before responding to the attack.

The official further added that in the exercise, the simulated response was the US answers Russia's attack with a nuclear weapon but only referring to it as a limited response.

The limited response could be described as the use of a small number of nuclear weapons or usage of the existing low-yield weapon or the new submarine that Trump commissioned, which was already deployed in the Atlantic last year. The fielding, however, was only publicized in January.

Also read: US Grapples To Broker a Trade Deal With India in Time for Trump's Visit

During last week's "war game," officials of the Pentagon also defended the deployment of the W76-2. According to them, the fielding was a reasonable response to Russia's nuclear doctrine and capability which suggested that they might exercise limited-use of nuclear weapons.

The press briefing was first reported by a trade magazine of the National Defense Industrial Association, National Defense. In the briefing, the Director of the nuclear information project at the Federation of American Scientists, Hans Kristensen, pointed out that the Pentagon only gives a detailed briefing on extremely rare occasions. He also suggested that it could be a marketing exercise for the additions in the US's weapons arsenal.

Supporters of the new weapons that the U.S. acquired say that they represent a deterrent against Russia believing that they can use a nuclear weapon without a U.S. response since Washington would only have two choices which are to either not respond or escalate the situation by releasing a more powerful nuclear warhead.

Meanwhile, weapons control advocates raised their concerns that both U.S. and Moscow leaderships have developed a mindset that their nuclear arsenals are not just there to stop attackers but can also be used to win conflicts and may cause World War III.

Related article: US and Korean Military Training Under Review Amidst Coronavirus