US and Korean Military Training Under Review Amidst Coronavirus 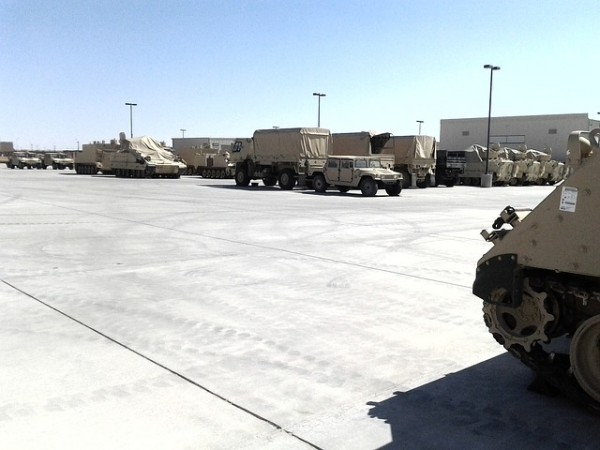 (Photo : Pixabay/Cianna)
Concerns over the COVID-19 contagion has prompted talks with the American and Korean officials to scale down. But, on the wayside the Americans are asking for more support from Koreans for expenditures as well.

A military training exercises between the U.S. and the South Korean Military is now under review. One of the reasons is the current contagion of the coronavirus that has affected activities of the U.S. Armed Forces on a global theatre.

This was relayed to the South Korean Defense Minister Jeong Kyeong-doo when he visited the Pentagon. News reveal that 13 South Korean soldiers are now positive for coronavirus contagion, which U.S. Defense Secretary Mark Esper concurred with. Transparency over the situation with 13 troops was seen as a positive gesture as well.

In South Korea, their health officials are now investigating the cause of 833 recorded infections all over the country. To date, they have confirmed 8 Koreans who died from coronavirus. The South Korean government is now taking action to stave off more cases.

Defense Minister Jeong Kyeong-doo said, "As of yesterday, we had 13 cases in the (South Korean) armed forces. We do regard this situation as a serious one." During the presscon at the Pentagon he said that there will be no leaving the base, which means no vacations. With this, they quarantine their soldiers in their barracks. He also added that Korean servicemen will be kept in barracks as a precaution.

Last Monday, military sources have remarked that a 61-year old woman tested positive with coronavirus. This individual visited an America Military base in Daegu where there are many cases of the contagion which became an immediate concern in the upcoming military training exercises with U.S. and Korean troops.

Based on reports, she was married to a deceased serviceman who went to Camp Walker on Feb.12 and 15, said military sources. He is one of the 28,500 U.S. troops on the Korean peninsula.

Increasing infection due to the coronavirus in South Korea has prompted the U.S. military to declare a 'high risk' situation for their troops, who might get exposed to potential contagions. Officials in the U.S. military wanted limited travel and require the troops to stay on the bases, to keep U.S. servicemen safe from the virus.

In a communique given to top American and Korean officers who were currently in the Korean Peninsula, they are deciding on the reduction of participating units in military exercises. Esper added that both organizations should keep alert with the threat of North Korean aggression via nukes. U.S. Defense Secretary Mark Esper, made it clear that both the U.S. and South Korea are ready to counter any threats. He stressed this commitment with the Korean envoy.

A big concern about the effects of the contagion is how the two forces, spread out the money spent to hold the military-related activities. With the Americans asking the South Korean government to lessen the U.S.  costs for holding the said military activities.

According to U.S. Defense Secretary Esper, talks on Monday made it clear that costs for the common defense is not proportional to American taxes. But Jeong said the talks were at a statement as of now.

South Korea's defense ministry said that efforts should be both should reach something 'mutually acceptable' and fair for both parties. Especially for American and Korean Military training, and concerns with the coronavirus.