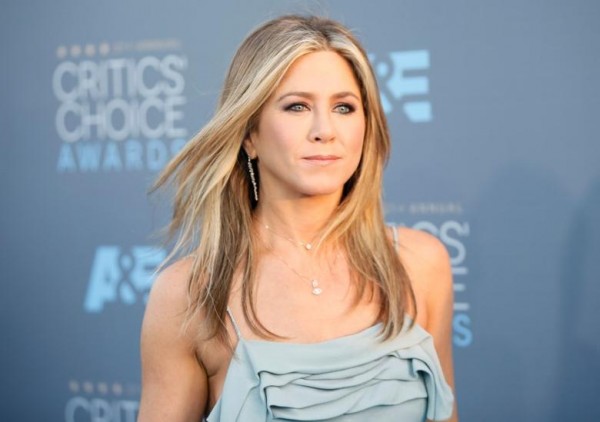 Jennifer Aniston and Brad Pitt seem to be the favorite target of gossip this year. From their SAG Awards reunion to attending the same Oscars after-party. Now, there have been rumors that Aniston is having a drinking problem and that Pitt is making her choose between him and booze.

According to Gossip Cop, the rumor started after Globe magazine published an article about this. In the magazine article it was stated that an insider claimed that Aniston enjoys drinking a few most of the time which does not suit well with the "Once Upon A Time... in Hollywood" actor who was trying to get sober after facing alcohol problems himself.

Globe's unnamed source also said that the "Friends" star is excited about having a new connection with Pitt. However, the latter does not like being around people who drink. The source also added that Pitt does not want to be tempted to go back into the lifestyle he decided to give up.

The magazine also stated that the two stars seemingly rekindled their romance and had a few low-key dates in their homes. However, they said that everything is not official yet and that may be because of Aniston's drinking

The magazine's tipster said that the ex-couple has so much love for each other and that they are still figuring things out romantically. He further added that the booze situation is one of the biggest problems because Pitt cannot be with someone who is a regular drinker.

Furthermore, the magazine stated that Aniston is reluctant in letting go of her drinking since it helps her relax at the end of the day and if she chooses Pitt over alcohol, she needs to find another outlet to unwind.

However, Gossip Cop, which is known for busting untrue gossips about celebrities debunked this as well. According to the website, they were able to contact Aniston's camp who said nothing in that article is true and that she is not rekindling her romance with Pitt. In addition, Aniston's representatives said that she does not have any drinking problem as what the magazine is claiming. Representatives from Pitt's camp have also denied the allegations saying that the story is nothing but nonsense.

Seeing that the whole story is predicated on the idea that Aniston and Pitt are reconnecting in a romantic way makes it more unreliable since both actors have repeatedly said that they are not planning on getting back together, at least not in a romantic way.

Earlier this year, People reported that the exes are just happy to be back in each others lives as friends and nothing more. This was proven in their previous sightings in Awards nights, which includes the backstage arm grab at the SAG Awards.

Gossip Cop also busted the same magazine, Globe last year after creating rumors that Pitt and Aniston eloped in Mexico and had a secret Mexican wedding.