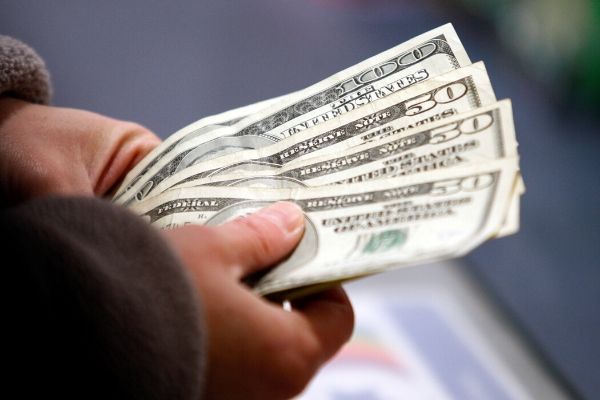 (Photo : Reuters)
FILE PHOTO: A customer counts her money at the register of a Toys R Us store on the Thanksgiving Day holiday in Manchester, New Hampshire November 22, 2012. REUTERS/Jessica Rinaldi/File Photo

A rise in producer prices was seen compared to one-year last month wherein the increase in services like healthcare and hotel stays added to the boost. According to a report, these U.S. housing indicators shows that interest rates should be the same throughout the year, with lowered borrowers cost in three times during 2019.

A healthy economy with more homes built that are better than expected, with some price increases that show growth in the economy, according to Chris Rupkey of MUFG at New York. Housing went down by 3.6% to rate of 1.567 million units a month ago, with three increases that followed.

In December, data was updated to account for the changes in the production of 1.626 million units, peaking since December 2006.

Issuing of building permits went up to 9.2% in January, that was better since March of 2007, most were single and family housing construction.

The housing market is stable with the lowest mortgage during the last three years. Housing is only 3.1% of the gross domestic product that has an economic impact. With the housing market, the economy can be stable despite the problems it faces, especially the coronavirus.

A fixed mortgage rate at 30-years is now at 3.47%, which is less since October 2016, based on data by finance agency Freddie Mac.

Also read: US Economic Growth in 2020: Will Coronavirus Affect It?

Nancy Vanden Houten, lead U.S. economist at Oxford Economics commented that housing is one of the most stable in an economy entering a cooling phase.

Wall Street stocks were traded at higher prices, S&P 500 and Nasdaq is higher than ever as China is buffeting under the coronavirus contagion. The value of the dollar is higher, though U.S. Treasury price has slid a bit.

Consumer prices for energy and food components got better in January. A rise in inflation is about 2% of the target, consumer expenses or core personal consumption expenditures (PCE) will gain by 0.2% this January, that leads to a yearly increase at 1.7%.

For the core PCE it will rise at 1.6% from year-to-year in December. The core PCE went lower in 2019, with the January PCE data published on Friday.

Another part of the report is more permits for Single-family housing up to 6.4%, with 987,000 units during January, better than June of 2007.

Related article: China to Grant Tariff Exemptions on US Goods, Amid Coronavirus Outbreak