Girl Power: Why Females Have Higher Rate of Survival 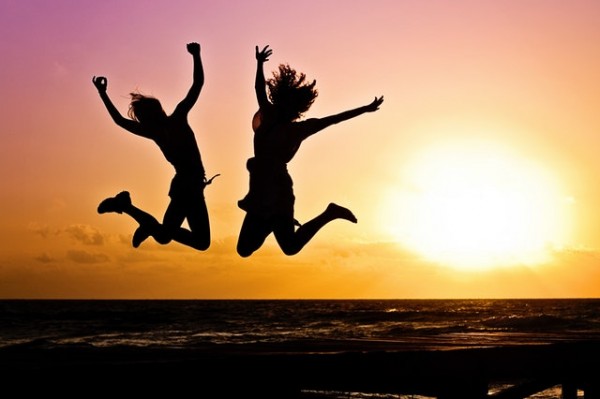 (Photo : Photo by Jill Wellington from Pexels)
History has proven that women have always outlived men. At present, it's by an average of eight years.

Here's a question that still boggles the mind: Why do girls have a higher rate of survival than their counterparts? All over the world, continuous research is still being done in the attempts to seek more definite answers.

According to the World Health Organization, women outlive men on an average of six to eight years. This gap is contributed to biological characteristics which are hard to quantify, so most researchers have concluded that the two major contributing factors are social and environmental. These factors apply to both the past and the present.

A research paper submitted on January 2018 to the Proceedings of the National Academy of Sciences of the United States of America follows that school of thought. The researchers have found out women outlived men in severe famines and epidemics in the past. Even under the harshest of conditions, female newborns' survival rate over males were higher.

In modern times, it still holds true. This however, can also depend on where they live. In at least 35 countries, life expectancy for women can go up to 90 years. However, in East and Southern Africa, life expectancy is only 54 years. This is attributed to the lower quality of health care, HIV/AIDS, maternal mortality and genetic mutilation cases. A lot of young women have died, or still continue to suffer complications that can eventually lead to death, from female genetic mutilation. For this reason, WHO is strongly opposed to all forms of FGM.

In first world countries, the mortality gap is starting to narrow. Women smoke, consume alcohol, and indulge in illegal substances nearly as much as men. This results in acquiring the same types of illnesses these habitual practices. Cancer is the number one killer.

In third world countries, the gap is still wide. Women tend to put their children first, and vices are very much on the lower end of the list of priorities. Men in poorer countries generally still indulge in alcohol and smoking, especially in social situations. This ups the risk of getting liver and lung cancers. Even unhealthy sexual habits can be a factor. Men have higher rates of contacting sexually transmitted diseases that eventually result in loss of life. According to UNAIDS, nearly 60% of deaths caused by AIDS-related cases are male.

In the context of mental health, male suicide rate is at least three times higher than that of women. While more women are diagnosed with clinical depression, males commit suicide more. While it is too simple to conclude that this is due to women being more open to sharing their feelings, it is a widely-accepted fact.

Men are more hesitant to opening up to family and friends, much less voluntarily seek professional help. The means to commit this fatal act is also a major contributing factor. Case in point: In the United States, six out of ten gun owners are men and the use of firearms account for more than half of suicides.