Giannis Antetokounmpo failed to dethrone The King's team for the second time around during the 2020 NBA All-Star Game where Team Lebron won in a heart stopping showdown against Team Giannis 157-155, Sunday.

The game followed the new format where the score reset to 0-0 for the first three quarters. The winner of every quarter receives $100,000 for their chosen charity and if the quarter ends in a tie, the money will be carried over to the next quarter. After the third quarter, the scores per quarter will be added and the team which has a higher score will set the target score by adding 24 points to their total score, in honor of Kobe Bryant. The fourth quarter will then start but there will be no game clock and the first team to reach the target wins another $200,000 for their charity.

Team LeBron got early control of the game winning the first $100,000 for their charity. Kawhi Leonard led the team in points after putting on a show at the three point line as he went perfect from deep making 4 out of 4. By the end of the 1st quarter, Team Lebron was up 53-41.

During the second quarter, the scoreboards reset and the teams once again competed for another $100,000 for their charity. Team Giannis' Captain, the Greek Freak took charge to get an early lead while Team LeBron's starters are still on the bench. This however, did not stop Team Lebron members from putting on a show, last minute all star Devin Booker threw down a follow-up meteor jam while 35-year old Chris Paul showed age doesn't matter with a powerful dunk of his own.

By the 5-minute mark, Team LeBron brought back their starters, and Kawhi again displayed a three point show. However, the lead was too much and Team Giannis ended the quarter with a buzzer beating 3-pointer from Trae Young which earned them a 21-point win, 51-30,  and the pot money for their charity After School Matters.

Team Giannis opened the third quarter with 5-0 lead but the West team was able to narrow down the lead before the 6-minute mark after a barrage of threes from Luka Doncic, Kawhi and Lebron. After a second time-out, Team Lebron brought out their reserves which earned them the first deadlock of the quarter brought about by Russel Westbrook's first field goal of the game.

After which, Team Lebron was able to lead the quarter when Nikola Jokic threw a dagger three-pointer. However, Rudy Gobert was able to tie the game with 2.2 seconds left and although Team Lebron had possession of the ball, they were not able to convert ending the quarter in a tie, 41-41. The pot money of $100,000 carried over to the next quarter.

In the final quarter, after the Greek Freak's team scored a total of 133 in the first three quarters, the target was set at +24 points which was equal to 157 points and the first team to reach that will be the night's winner. With the game clock turned off and Team Giannis leading by 9, Team Lebron pushed through and was able to tie the game 146 all.

The game then got physical which has not been seen for long in an All-Star game. The coaches challenge was even brought in after a foul was called on Lebron who was clearly away from the play. The call was then over turned and the referees called for a jump ball instead. After which, Team Lebron's James Harden hit two successful free throws taking them up by two.

As the two teams struggle to get to 157 points first, the games intensity built up as bodies were thrown on the floor and the referees did not hesistate to use their whistles. With a score of 156 and just a point a way from winning, Team Lebron grappled their way into Team Giannis' defense. Finally, a foul was called on Kyle Lowry after he brought Anthony Davis to the ground with him. However, the men in red still clinging on a chance to win challenged the call but still did not get the referees approval.

Davis then went to the free-throw line for the win. However, hearts raced when Davis missed his first free-throw, but also brought the crowd off their chairs as he drilled the last free-throw that was worth $300,000. 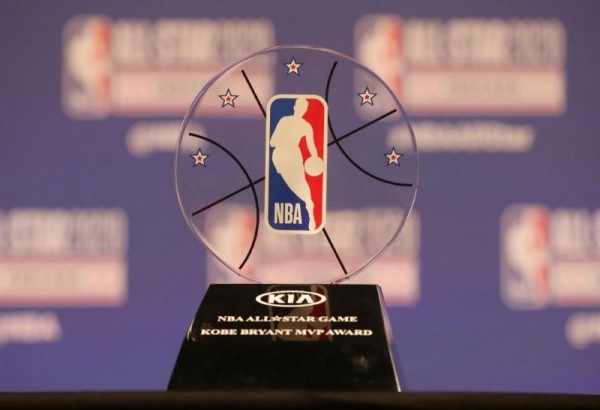 After the game, Kawhi was awarded the first ever Kia NBA All-Star Game "Kobe Bryant MVP Award". Renaming the MVP award was only one of the tributes that the All-Star game had for Kobe, which also included the All-Star teams wearing the No. 24 for Team Giannis and No. 2 for Team Lebron in honor of Kobe's daughter Gianna. In addition, before the game started, everyone present held hands and had eight seconds of silence for Kobe and GiGi who sadly passed away in a tragic helicopter crash earlier this year.