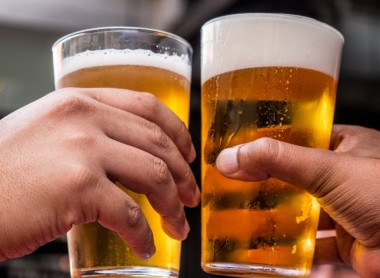 WASHINGTON -- Older workers whose reasoning abilities no longer allow them to meet the demands of their jobs may be more likely to develop chronic health conditions and retire early, which may not be ideal for the employee or employer, according to research published by the American Psychological Association.

Jeff Bezos and Arianna Huffington came up with brilliant ideas that turned into companies that are now household names -- Amazon and HuffPost. The secret ingredient for coming up with these ideas may be something we can all tap into -- a good night's sleep.

US President Donald Trump, perhaps more so than any of his predecessors, is famously forthright. There are many adjectives we can use to describe the 45thPresident of the United States, but the one that seems to fit the best is truculent; Trump likes to pick a fight. There's no judgment attached to that assertion, it's simply a statement of fact.

Tropical Storm Barbara formed on Sunday, June 30 in the Eastern Pacific Ocean over 800 miles from the coast of western Mexico. The Global Precipitation Measurement mission or GPM core satellite passed over the storm and measured the rate in which rain was falling throughout it.

If power plants, boilers, furnaces, vehicles, and other energy infrastructure is not marked for early retirement, the world will fail to meet the 1.5-degree Celsius climate-stabilizing goal set out by the Paris Agreement, but could still reach the 2-degree Celsius goal, says the latest from the ongoing collaboration between the University of California Irvine's Steven Davis and Carnegie's Ken Caldeira.

(Oslo, The stress of surviving the Holocaust has shown a lifelong and lasting negative impact on survivors' brain structure, as well as potentially impacting their offspring and grandchildren, a new study shows.

Biomedical engineers at Duke University have developed a low-cost, portable optical coherence tomography (OCT) scanner that promises to bring the vision-saving technology to underserved regions throughout the United States and abroad.

Neanderthals Made Repeated Use of the Ancient Settlement of 'Ein Qashish, Israel

The archaeological site of 'Ein Qashish in northern Israel was a place of repeated Neanderthal occupation and use during the Middle Paleolithic, according to a study released June 26, 2019, in the open-access journal PLOS ONE by Ravid Ekshtain of the Hebrew University of Jerusalem and colleagues.

Managing the Ups and Downs of Coffee Production

Bystanders will Intervene to Help Victims of Aggressive Public Disputes

Bystanders will intervene in nine-out-of-ten public fights to help victims of aggression and violence say, researchers, in the largest ever study of real-life conflicts captured by CCTV.

A new study provides evidence to support a simple measurement for diagnosing clinically significant airflow obstruction, the key characteristic of chronic obstructive pulmonary disease (COPD), the fourth leading cause of death in the United States. The study found that a 70% ratio of two indicators of lung function proved as or more accurate than other thresholds for predicting COPD-related hospitalizations and deaths.