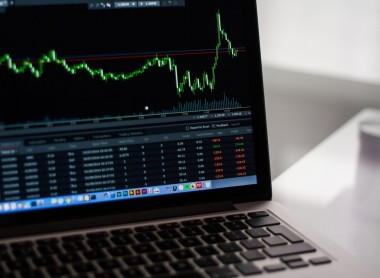 We live in the Digital Era, which means that more things happen online. More online payment providers have been created, too, allowing people to interact with various websites more effectively. PayPal, Google Pay, Apple Wallet, and more make it possible for people to have their money online and ready to spend more effectively.

Highland Capital Management is a multi-billion-dollar Dallas-based hedge fund that was created in the year 1993. Mark Okada was one of the original founders of the company. He created the company with his friend, Jim Dondero. Okada served as the company’s Chief Investment Officer for the past few decades, and Dondero served as its president.

Oak Brook, IL - October's SLAS Discovery features part one of a two-part special issue on "Membrane Proteins: New Approaches to Probes, Technologies and Drug Design." Part two of this special edition will be featured in December. In her editorial, October's Guest Editor Mariafrancesca Scalise, Ph.D., (University of Calabria, Italy) outlines the importance of membrane proteins in drug design and explains her rationale behind the selection of articles included in the issue. Because of their involvement in the maintenance of cell homeostasis, membrane proteins have become attractive targets for the design of novel drugs which means a deeper knowledge of their biology is required now more than ever. In addition to Scalise's editorial, October's SLAS Discovery includes the following reviews and original research papers: Cysteine Residues of SLC Membrane Transporters as Targets for Drugs Targeting the Mitochondrial Potassium Channel Kv1.3 to Kill Cancer Cells: Drugs, Strategies, and New Perspectives A Therapeutic Role for the F1FO-ATP Synthase Identification of the Tetraspanin CD9 as an Interaction Partner of Organic Cation Transporters 1 and 2 High-Throughput Fluorescence Polarization Assay to Identify Ligands Using Purified G Protein-Coupled Receptor SLC6A14, a Pivotal Actor on Cancer Stage: When Function Meets Structure Dr. Scalise is a researcher in the Biochemistry and Molecular Biotechnologies Unit at University of Calabria and has been studying plasma membrane, lysosomal and vesicular transporters of amino acids and organic cations since 2007. From 2009 - 2010, she worked for the World Health Organization in Lyon, France, where she was involved in the study of transforming properties of human papillomavirus.

Entering a Foreign Market? Here is What You Need To Do

Starting and running a business within your home country is nothing compared with going international. Not only do you have to spend the same effort, time, and money, you would have spent if you were investing at home, but you also have to incorporate additional fees, currency differences, transportation, as well as other cultural challenges that you may be confronted with.

Strapped for cash? 7 Effective Ways to Better Your Finances

Do you feel like there is a massive hole in your purse, and your account is screaming red? In difficult times like this, there is always one question popping to the mind, and that is how can one better his finances? Well, the fact that you've become cash-strapped in the first place shows that you've most likely been bad at money management.

How to Use Premarket Trading Opportunities

If you've learned something important about the stocks and securities in your financial portfolio, and you're keen to start trading, you might not need to wait until the market opens to begin.

Forget 'Obamageddon', 'Prepping' is Now Part of Mainstream US Politics and Culture

Long considered an extreme reaction to fears of Armageddon and imminent nuclear disaster, 'preppers' in the US have traditionally been portrayed as motivated by extreme right-wing or apocalyptic views. New research from Dr. Michael Mills, from the University of Kent, challenges this view.