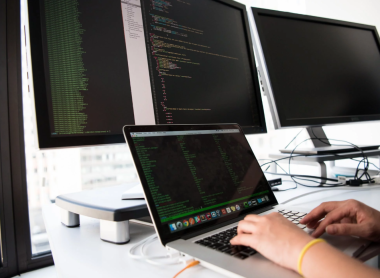 What does it mean to be on the OIG exclusion list?

The Office of Inspector General (OIG) for the United States Department of Health and Human Services (HHS) HHS OIG is the largest inspector general's office in the Federal Government, dedicated to combating fraud, waste, and abuse and to improving the efficiency of more than 300 HHS programs.

What Is The Importance Of A Personal Injury Lawyer?

Accidents never come with a warning and create havoc in our lives. You suffered from an accident, too bad, but now you want to recover your claim. You are planning on going court yourself, bad move, you will probably lose your case. I have faced a similar situation in Manassas and, what did I do? I hired a personal injury lawyer Manassas, and you deserve an advocate too, let me tell you why?

What Should You Do If You’re In a Car Accident While Pregnant?

Being in a car accident can be terrifying, even if it's fairly minor. It can create anxiety about everything, from insurance-related worries to concerns over your health and whether or not there are any injuries.

Five Duties of a Bailiff

In simple words, a bailiff is a manager or a person who is empowered with some legal responsibilities such as conducting arrests, looking after the prisoners, and collecting statements.

How Do I Locate a Person in Jail?

More than 2 million American adults are behind bars in some capacity. They could be held in a county lockup, a state prison, or even a federal prison. We have the highest incarceration rate in the entire world, higher than countries such as Russia. It's very likely that, at some point, someone you know will end up in jail.

COLUMBUS, Ohio - Racial and ethnic gaps in criminal sentences have declined, in some cases significantly, since the mid-1990s, a new analysis of the state, county and federal data suggests.

Exposure to Others' Suffering Even Worse than Being shot

We usually think that trauma from war is related to the fact that soldiers have been under constant threat of death. New research shows a slightly different picture.

Despite general support for police use of body-worn cameras, impacts may be overestimated

Police use of body-worn cameras is growing rapidly in the United States. New research that looked at 70 studies of body-worn cameras concludes that while officers and citizens generally support using the cameras, the devices may not have had significant or consistent effects on most measures of behavior by officers or citizens, or on citizens' views of the police.

It's widely accepted that automated photo enforcement programs targeting speeding help reduce collisions and promote safe driving. Now a new University of British Columbia study suggests they can also significantly reduce crime in the neighborhoods in which they are deployed.

Marijuana dispensaries associated with rise, then decline in some neighborhood crime

While most media attention seems to focus on the number of black males killed by police, new research published in the journal Social Science & Medicine indicates that among men of color, Hispanic males were two times more likely to have a fatal interaction with the police in neighborhoods that have a high percentage of Hispanic residents - and police agencies with more Hispanic officers were associated with higher odds of Hispanic fatalities.

Freeman Scott Ireland had been on supervised released since May following his 1998 murder conviction.

The body of an Ohio woman who had been missing since Sept. 25 was found Tuesday in the Great Smoky Mountains National Park, according to reports.