On Friday morning, House Democrats backed a $2 trillion social spending proposal, advancing a crucial portion of President Joe Biden's program, but it might face changes in the Senate. 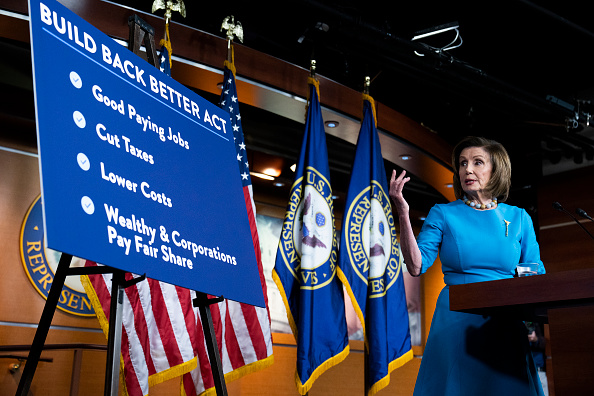 In a recently published article in VOX, the Build Back Better Act (BBB) would give significant financing for universal pre-kindergarten, child care subsidies for about 20 million children, and a one-year extension of the expanded child tax credit.

The law is a significant element of President Joe Biden's first-year agenda, and it now travels to the Senate, where it's anticipated to be trimmed down owing to resistance from moderates such as Sen. Joe Manchin to features like paid leave.

Given how long politicians have been at odds over the measure, its passage in the House is a significant step forward and an essential indicator of progress. It follows months of Democratic debates over what should be included in the package and what should be eliminated, according to a published article in MSN News.

Provisions in the BBB That Senate Would Overhaul

Starting in 2024, a significant provision of the House measure would provide new parents with four weeks of paid leave to care for their newborn kid, as well as sick leave. The United States is now the only affluent country without a national paid leave scheme for its people, making it an oddity.

Manchin, on the other hand, is a staunch opponent of the program. He claims that it would increase the national debt and that a compromise with Republicans on an alternative version may be reached instead. Last month, the West Virginia Democrat told a news outlet that instead of having it government-financed, he supports a payroll tax on employees and companies.

A $35 monthly ceiling on insulin expenses, aimed to help lower increasing healthcare costs and fulfill a Democratic campaign pledge, is also in danger of being dropped from the Democratic proposal. House Speaker Nancy Pelosi said that they are putting an end to Big Pharma's exorbitant pricing rises and that they also aim to drastically reduce healthcare expenses.

However, Senate Majority Leader Chuck Schumer hinted on Sunday that if it doesn't meet tight fiscal standards, the Senate parliamentarian may urge Democrats to remove it from the measure, according to a published article in Yahoo News.

A clause in the House plan would provide temporary work licenses to up to 6.5 million undocumented immigrants. However, the parliamentarian may knock it down, claiming that it violates the rules of reconciliation or the party-line method that Democrats are using to pass this bill. Two previous Senate Democratic bills designed at creating a route to citizenship have previously been defeated by the official.

Despite significant progress in the House, there are no assurances that the measure will be passed in the Senate. Because centrist senators such as Manchin and Kyrsten Sinema have not stated their support for the bill, it is feasible that it may undergo considerable revisions before becoming a law.