Moderna said that it has no intention of sharing its vaccine formula with other firms but is willing to increase its production. 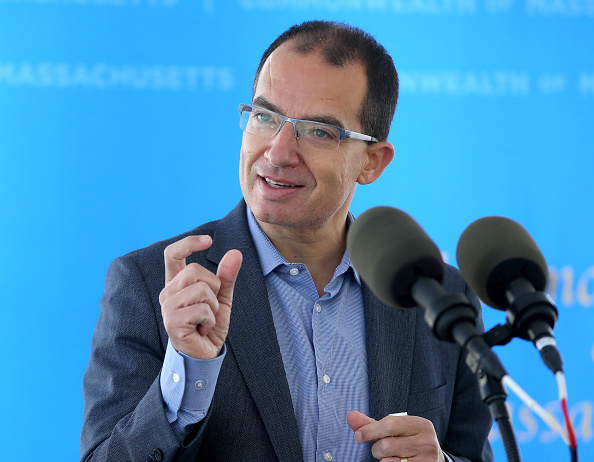 (Photo : Nancy Lane/MediaNews Group/Boston Herald)
Moderna announced that it has no plans to share its technology but will increase its production.

Moderna To Scale Up Its Production

Despite the United Nations health agency urging Moderna to share the formula, executives have been ramping up manufacturing to boost worldwide supplies. Moderna co-founder Noubar Afeyan said that the firm considered sharing the formula but ultimately decided to provide billions of extra doses alone in 2022, as per Newsweek.

Afeyan said that if they can produce high-quality vaccines in a timely manner over the next six to nine months, that will be the most dependable method to do so. In less than a year, the pharmaceutical firm produced over one billion doses.

Meanwhile, in the first quarter, the vaccine generated $1.73 billion in revenue, just three months of usage in the United States and worldwide sales. Moderna's revenue estimate for 2021 has been raised from $18.4 billion to $19.2 billion. Its stock began trading at $16.27 in January 2019 and has since risen to nearly $300 per share, according to a published report in MarketWatch.

Afeyan also reaffirmed Moderna's promise from a year ago not to sue anybody else developing a coronavirus vaccine during the pandemic for patent infringement. He said that they do not need to do so and that all they want to do is to assist in combating COVID-19.

Furthermore, last Monday, the firm revealed intentions to build a vaccination factory in Africa. Afeyan expressed the expectation that a decision on the precise site would be made shortly. Even so, getting the plant up and operating may take years, according to a report published in ABC10.

Moderna's sole commercial product is the COVID-19 vaccine. Last Monday, the firm revealed intentions to build a vaccination factory in Africa. Afeyan expressed the expectation that a decision on the precise site would be made shortly. Even so, getting the plant up and operating may take years.

Pressure Grew on the U.S. Companies To Share the Technology

Last year's successful competition to create vaccines in a record-breaking amount of time placed firms like Moderna and Pfizer in a very positive light. However, with fewer than 10 percent of people in many impoverished countries properly vaccinated and a scarcity of doses leading to millions of deaths, health authorities in the US and across the world are putting pressure on businesses to do more to solve the worldwide shortfall.

Per The New York Times, according to a senior administration official, the Biden administration has quietly encouraged both Pfizer and Moderna to form joint ventures in which they would license their technology to contract manufacturers with the goal of delivering vaccinations to low- and middle-income countries.

Needless to say, a group of major medicine and vaccine makers from across the globe is writing a letter to President Biden, urging him to push the firms to disclose the formulas and methods used to create their vaccines more aggressively.