Woman Wins a Court Order for Her Husband; Judge Orders Hospital To Treat the Patient With Ivermectin

Last week, a Butler County court decided in favor of a lady who wanted a hospital to provide her husband Ivermectin after he spent many weeks in the ICU with the illness. 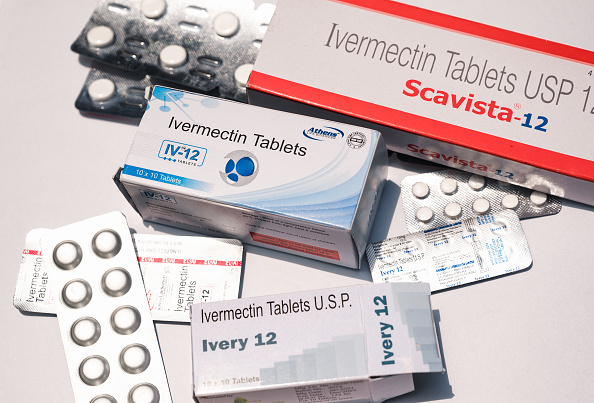 (Photo : Soumyabrata Roy/NurPhoto via Getty Images)
Woman wins a court order to let her husband be treated with ivermectin.

In a recently published article in USA Today, Jeffrey Smith, 51, was diagnosed with COVID-19 in early July and has spent weeks in a Butler County hospital's critical care unit. Julie Smith, his wife, filed an emergency order for the use of Ivermectin in Butler County Common Pleas Court on Aug. 20.

Julie Smith brought the case on behalf of her 24-year-old spouse. He was diagnosed with COVID-19 on July 9 and was brought to the ICU on July 15, when he was started on the hospital's COVID-19 regimen, which included the antiviral Remdesivir as well as plasma and steroids. Jeffrey Smith's health started to deteriorate on July 27, following a period of relative stability.

On Aug. 1, he was sedated, intubated, and put on a ventilator before being placed in a medically induced coma. Julie Smith looked into Ivermectin as a therapy option for her husband on her own and found Wagshul. The medication was prescribed by him, but the hospital refused to provide it to him, according to a published article in MSN News.

Read Also: Oxford University Scientists to Give Ivermectin Drug to COVID-19 Patients, Exploring If It Can Help Them Recover at Home

Dr. Fred Wagshul's prescription of 30 milligrams of Ivermectin daily for three weeks, as requested by his wife, was approved by Judge Gregory Howard on Aug. 23. According to court records, Julie Smith is her husband's guardian, according to a published report in News5 Cleveland.

The research supporting Ivermectin's treatment in COVID-19 patients, according to Wagshul, is "irrefutable." He said that the CDC and FDA conspired to prevent its usage in order to preserve the FDA's emergency use authorization for COVID-19 vaccinations. He claims that the mainstream media and social media corporations have been "censoring" the advantages of ivermectin and that the US government's reluctance to recognize them amounts to genocide.

On the other hand, several state officials have refused to comment on the situation. Inquiries should be directed to the state Medical Board, the Attorney General, and the Ohio Hospital Association, according to Cameron McNamee, a spokesperson for the state Board of Pharmacy.

FDA, CDC, NHI Warn Americans Against the Use of Ivermectin

Before physicians started using Ivermectin to treat parasite illnesses in people, it was initially designed to deworm farm animals. The medication is prescribed for the treatment of head lice, onchocerciasis (river blindness), and other human diseases.

The Food and Drug Administration, the Centers for Disease Control and Prevention, and the National Institutes of Health have all cautioned against the use of ivermectin to treat COVID-19. They claim that the medication is untested as therapy and that high dosages may be hazardous and may cause severe damage, according to a published report in Cincinnati.

Moreover, the journal Nature published a review of the existing literature earlier this month that concluded there is no confidence in the current evidence on the possible advantages of ivermectin. According to a check of the U.S. National Library of Medicine's website, there are six ongoing clinical studies of Ivermectin against COVID-19 in the United States.

Related Article: WHO, Others, Warn Using Ivermectin as Treatment to COVID-19