Long COVID-19 Symptoms: High Percentage of Patients Returns to Hospital After 1 Year Due to Respiratory, Fatigue, and Muscle Weakness

According to a recent research, almost half of approximately 1,200 recovered COVID-19 patients in Wuhan still exhibited extended COVID-19 symptoms a year after becoming sick. 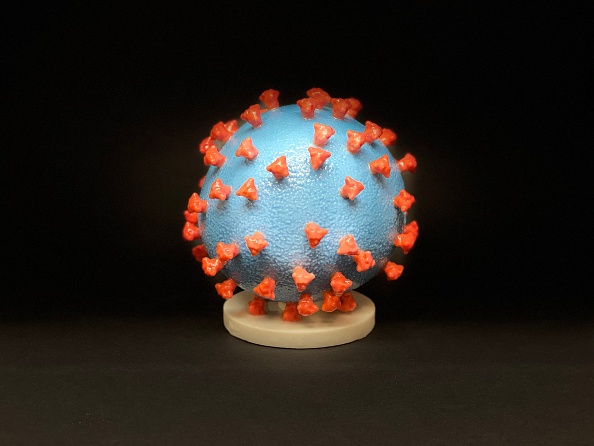 (Photo : IMAGE POINT FR/NIH/NIAID/BSIP/Universal Images Group via Getty Images)
A new study found out that COVID-19 patients experience symptoms even after one year.

Long COVID-19 symptoms refer to the broad variety of symptoms, such as respiratory, neurological, and cardiovascular issues, that people with COVID-19 continue to experience months after their diagnosis, per MSN News.

Because the symptoms are so varied and intense, the most common approach to diagnose COVID-19 is to rule out alternative possibilities. However, a recent research published today in The Lancet, the biggest so far on COVID-19 symptoms, is starting to identify some of the most frequent symptoms of long-term COVID-19 effect, as well as the development of such symptoms six months and a year after the first infection.

More than 1,200 hospitalized COVID-19 patients were tracked for a year following the start of their symptoms in this research, which was performed by the Medical University of Beijing, the China-Japan Friendship Hospital of Beijing, and the Jin Yin-tan Hospital of Wuhan, according to a published article in Quartz.

Significant Results of the Study

Patients, with a median age of 59 and a male-to-female ratio of 53 percent, returned to the hospital for six-month and 12-month follow-up appointments; during which, they had to fill out questionnaires regarding their symptoms and how these affected their quality of life. They also underwent basic tests.

Meanwhile, women, as well as individuals of both sexes who had been treated with corticosteroids to decrease inflammation during their Covid-19 hospitalization, were more likely to experience tiredness and weakness, according to a published report in South China Morning Post.

Other Important Data in the Study

A third of patients reported experiencing respiratory difficulties a year after their first sickness, particularly shortness of breathing and a greater proportion after six months when only approximately a fourth did. Besides reported shortness of breathing, the researchers evaluated lung capacity and discovered that after a year, 20 percent to 30 percent of moderately sick patients and 54 percent of severely ill patients still did not have full lung capacity.

This research may assist uncover possible trends, such as the connection between corticosteroid medications and tiredness, by providing physicians with additional information about the most frequent symptoms of extended COVID-19. These may be used to guide treatment during hospitalization or after discharge, with the aim of lowering the occurrence or severity of long-term symptoms.

Furthermore, when compared to a six-month study, fewer survivors reported health issues after a year. After a year, 88 percent of individuals who were working before being sick had returned to their employment. However, the participants in the trial were found to be less healthy in general than Wuhan residents who did not get COVID-19, according to the researchers.