COVID-19 Origin: WHO Encourages Countries to Cooperate as Part of Its Investigation

On Thursday, the World Health Organization (WHO) announced the next stages in its inquiry into the coronavirus's origins, urging nations to collaborate and depoliticize the issue. 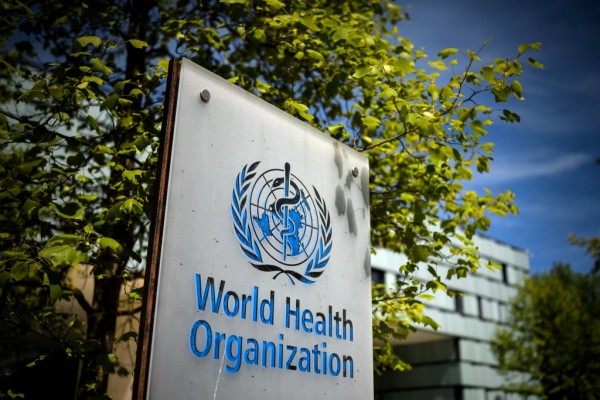 (Photo : FABRICE COFFRINI/AFP via Getty Images)
A sign of the World Health Organization (WHO) at the entrance of their headquarters in Geneva amid the Covid-19 coronavirus outbreak.

In a recently published article in MSN News, following the release in March 2021 of the WHO-China joint report on phase one research on the origins of the COVID-19, WHO has defined the next series of studies that must be conducted and is continuing to consult with the Member States and experts on future actions.

COVID-19's origins have become a hot subject after many rejected a hypothesis last year that the virus might have been created in a Chinese laboratory as a hoax. After the World Health Organization determined that there was "insufficient scientific evidence to rule out any of the theories," including the possibility that the virus was created in a lab, attitudes shifted.

All nations must "depoliticize the situation and cooperate" with the organization and each other in order to complete the study. Meanwhile, the "lab theory" and the notion that the virus was transferred from an animal are the two main hypotheses regarding the virus's origins, according to the official statement of the World Health Organization.

Suggestions from the First Report of the Investigation

According to the statement, the WHO intends to put into action the recommendations from a March study, to begin first-phase research, and to create a strategy for future pandemics. During the inquiry, the organization emphasized the significance of sharing data, singling out China as a country that has been hesitant to provide the WHO access to information.

The WHO said that sharing raw data and allowing samples to be retested in laboratories outside Italy exemplifies scientific unity at its finest. It is exactly what they urge other nations, including China, to do in hopes that they can go forward with origins research swiftly and efficiently, according to a report published in FOX News.

China and other member nations have accused the WHO of being "politicized" in its inquiry into the origins of the coronavirus, saying the international body is giving in to political pressure. Furthermore, critics have expressed questions about China's security and safety procedures, speculating that patient zero, the first coronavirus casualty, may have been an unwitting lab worker who contracted the virus.

Sick Staff at Wuhan Lab Before the Pandemic

In a recently published article in The Wall Street Journal, according to a previously unreported U.S. intelligence assessment, three researchers from China's Wuhan Institute of Virology got ill enough to seek medical treatment in November 2019, bolstering demands for a more thorough investigation into whether the COVID-19 virus escaped from the facility.

Several researchers at the lab, a hub for the study of coronaviruses and other diseases, fell sick in autumn 2019 with symptoms consistent with both COVID-19 and typical seasonal illness, according to a State Department information sheet which was released during the last days of the former Trump administration.

Current and former authorities with knowledge of the lab researchers' intelligence have voiced different opinions on the quality of the supporting evidence for the judgment. It was supplied by an international partner, according to one source, and was potentially important that it needed more study and confirmation.

Related Article: COVID-19 Lab Leak: Suspicions About the Origin of the Virus Continue to Grow